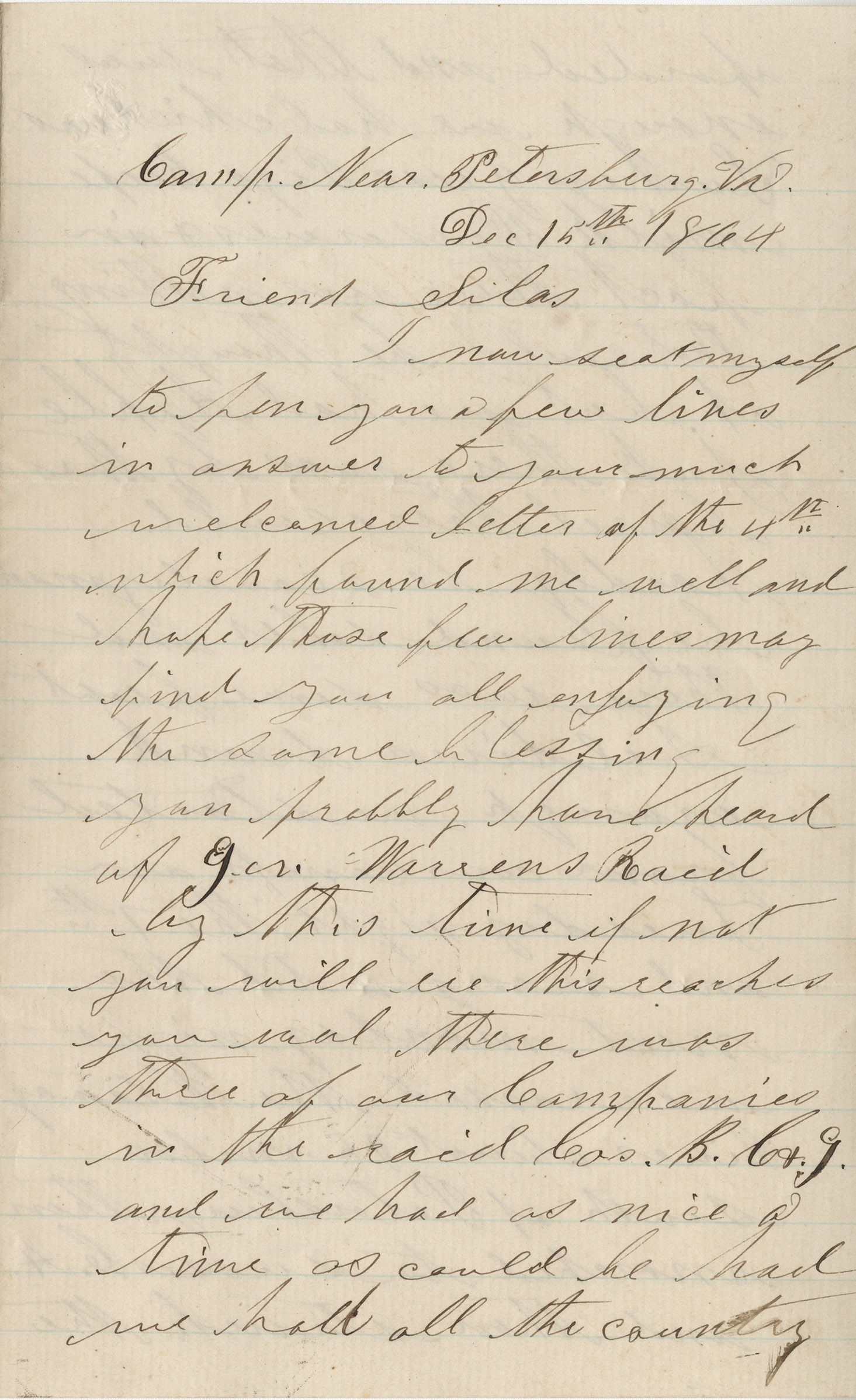 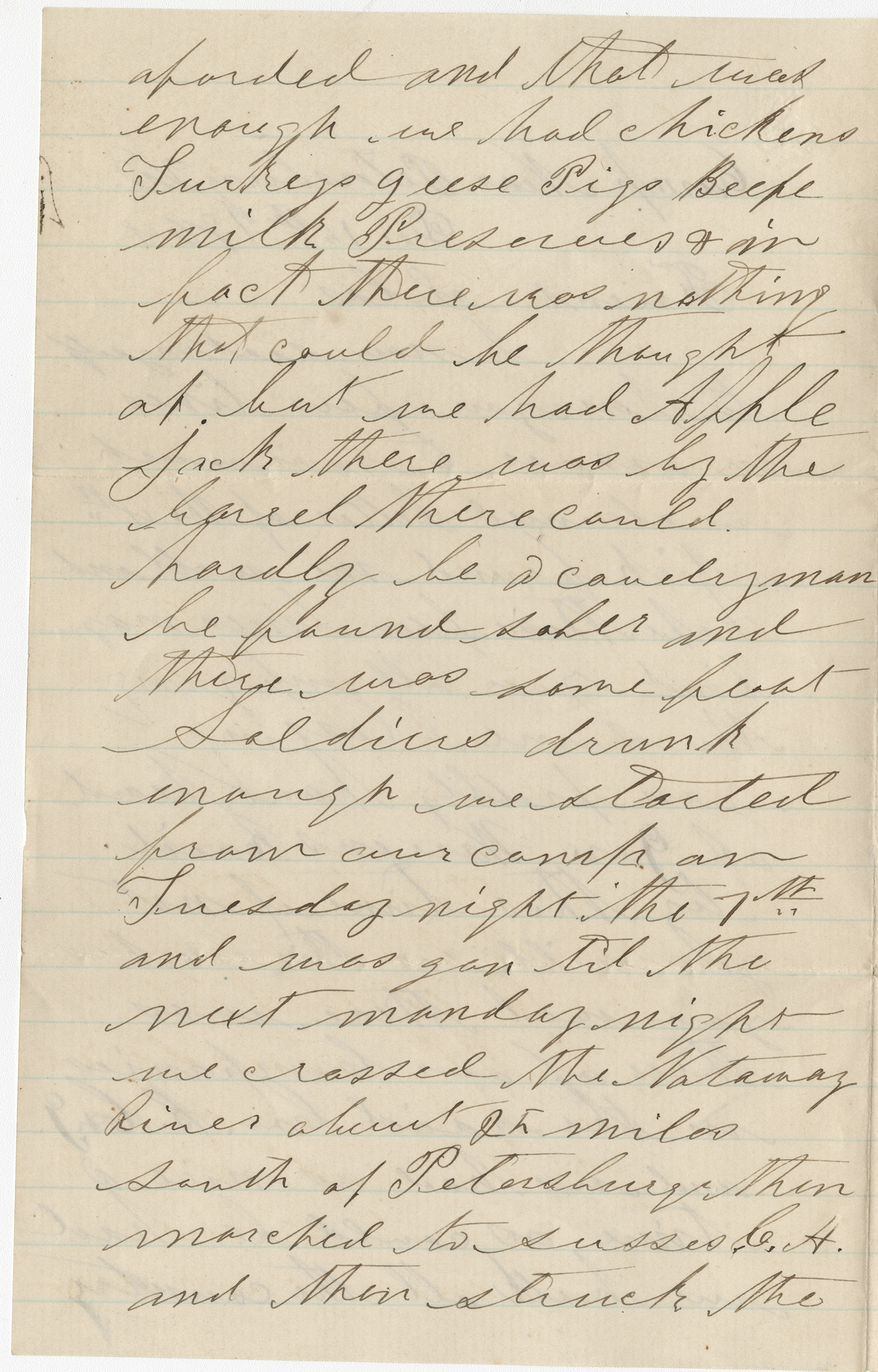 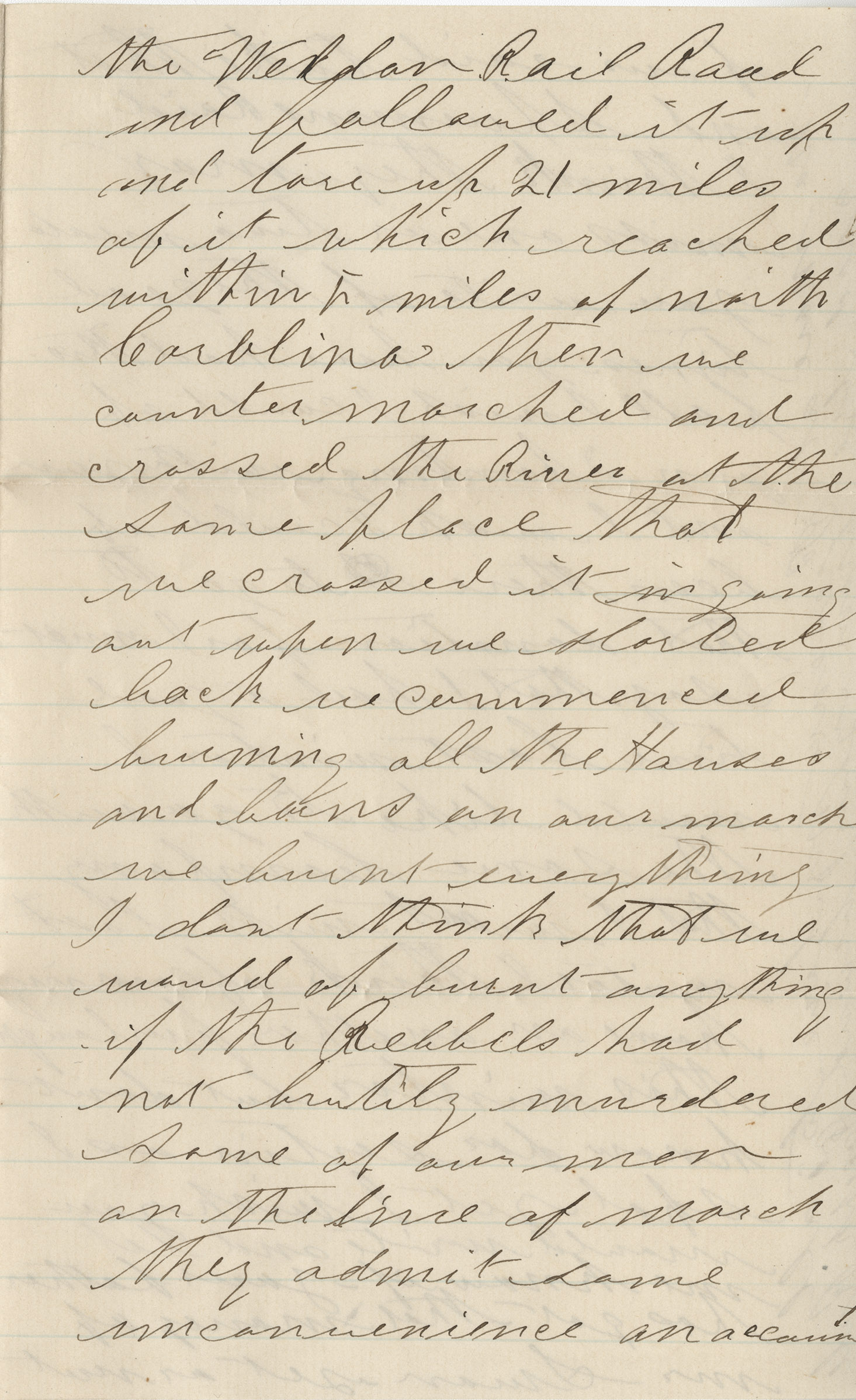 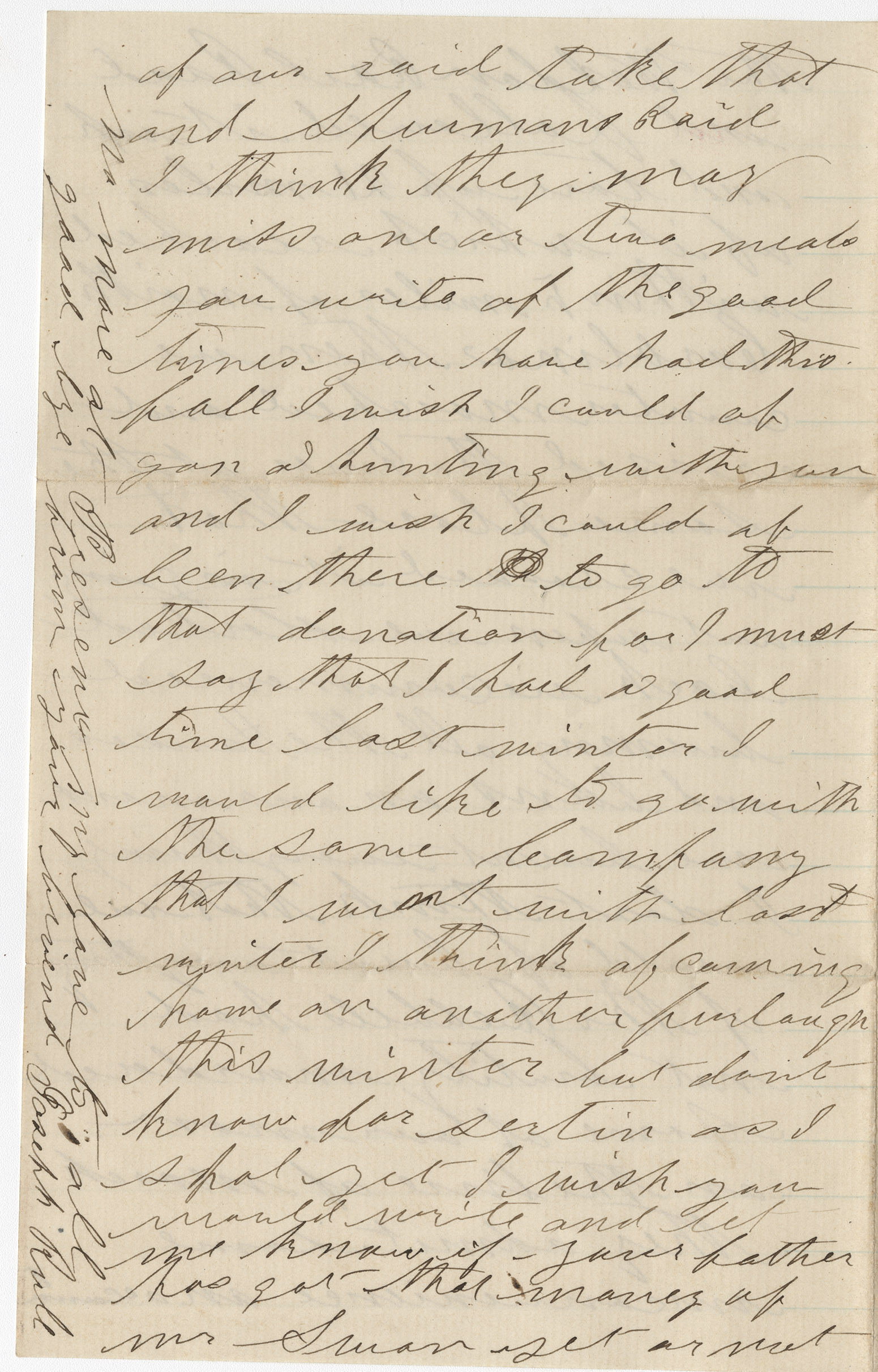 After several years, I recently finished processing the Smithey & Boynton, Architects & Engineers Records, Ms1992-027. Partner in the firm, Kenneth L. Motley purchased the firm in 1992 and donated the firm’s historical records in 1992 and 1994. About 30% of the collection was made available before I arrived at Virginia Tech in 2014, but the oversize, rolled architectural drawings and blueprints were not (although I must thank my predecessors for labeling and locating the rolls, which helped me significantly). Over the past four years, I arranged, described, and boxed up nearly 1,500 project drawings, totaling over 220 cubic feet and including over 920 boxes. (This isn’t even the largest collection we have in Special Collections!)

Louis Phillipe Smithey and Henry B. Boynton formed the Smithey & Boynton partnership in 1935. Smithey & Boynton built and renovated thousands of buildings throughout the state of Virginia. They designed Lane Stadium and several other buildings on the Virginia Tech campus, buildings for the Norfolk & Southern Railway (now Norfolk Southern), and the Lyric Theatre and Armory Building in Blacksburg. The firm became best known for building public schools, even using the same basic layout for numerous schools. They had nearly 150 school design commissions from 1945 through 1953 in at least 19 counties and 10 cities in Virginia.

Drawings of the Armory Building in Blacksburg, designed by Smithey & Boynton:

Smithey graduated from Randolph-Macon College in 1910, before attending both Virginia Polytechnic Institute and Massachusetts Institute of Technology. He was an engineer for Virginia Bridge & Iron Company from 1916 to 1920. He then opened his own practice, before partnering with Matthews H. Tardy, as Smithey & Tardy from 1922 through 1932. Smithey again had his own practice, occasionally working with Henry B. Boynton, before they partnered as Smithey & Boynton in 1935. Smithey was a registered architect in Virginia and West Virginia, a fellow of the American Institute of Architects (AIA), and served as president of the Virginia chapter of the AIA in 1940. He also served in the U.S. Army during World War I and World War II. Smithey married Dorothy Terrill in 1938, and they had one daughter.

Photos and drawings of the Lyric Theatre in Blacksburg, designed by the firm of Louis Phillipe Smithey:

Boynton graduated from Virginia Polytechnic Institute in 1923, before taking classes at the University of Illinois (now the University of Illinois in Urbana-Champaign). He worked for Carneal & Johnston, Architects & Engineers, from 1924 to 1928. (We previously wrote about Carneal & Johnston on this blog in “A New Collection and a New Look at Virginia Techs Architectural Style.”) Boynton joined Smithey’s practice in 1929, becoming a partner in Smithey & Boynton in 1935. He was a registered architect in Virginia, West Virginia, North Carolina, and Pennsylvania; held several positions of the Virginia chapter of the AIA; and served as the Governor’s appointee to the State Registration Board for Architects, Professional Engineers, and Land Surveyors from 1962 to 1972. Boynton also served on the VPI Alumni Board of Directors from 1969 to 1979 and the VPI Education Foundation, Inc.’s board from 1978 to 1982. He also served in the Army Corps of Engineers during the World War II. (Special Collections also has the Henry B. Boynton Papers, Ms1992-002, which include some records from Smithey & Boynton.)

For more, I recommend reading “Smithey and Boynton and the Designing of Virginias Modern Architecture” by Mike Walker, which is about Smithey & Boynton’s work and includes photographs of some of their buildings, primarily in Covington, Virginia.

Today marks the beginning of the 40th AnnualAppalachian Studies AssociationConference, taking place here at Virginia Tech! Ourarchivist Marc Brodsky has set up an exhibit in Special Collections to show off some of our collections documenting the history of Appalachia.Please come by to take a gander today or tomorrow during our open hours, if you are interested in what he has highlighted fromour collections! If you can’t make it, take a lot at some of the display:

Let me tell you about some of the itemson display and related material. There are selections from numerous collections that span 200 years. A few have been discussed previously on the blog, including the “Call to Arms” letter from the Robert Taylor Preston Papers, Ms1992-003, and a beautiful scrapbook with poetry, flowers, and rings of hairfromDaniel Bedinger Lucas Papers,Ms1995-012.

Oneof the earliest documents regards slavery in the 18th century from the Dickson Family Papers, Ms1988-094.An example is the following bill of sale for a “Negro Boy Named Elijah”:

We also have items from the Black, Kent, and Apperson Families Papers, Ms1974-003. Harvey Black, the great-nephew of Blacksburg’s namesake William Black, was a field surgeon in the Civil War. He served as the superintendent of the Eastern Lunatic Asylum in Williamsburg, then became the first superintendent of the Southwestern Lunatic Asylum in Marion upon its opening in 1887:

Here is the text of the first annual report for the Southwestern Lunatic Asylum, 1887:

These items are always available for you to look at, even if you can’t come to the temporary exhibit!

The Highty-Tighties, Virginia Tech’s very own Corps of Cadets band,has performed for numerous U.S. presidents, including Theodore Roosevelt at an exposition in 1902 and in the pre-inauguration celebrations for Barack Obama’s first term in 2009.They have also gain national recognition through their performances at twelve inaugural parades, starting with Woodrow Wilson’s second inauguration in 1917 and ending withGeorge W. Bush’s second in 2005. The band was also invited to play at William Howard Taft’s inauguration in 1909, which they were unable to attend, according to letters inPres. Paul B. Barringer’s records, RG 2/6. During the mid-20th century, theseparades doubled as bandcompetitions, and the Highty Tighties won first prize three years consecutively in 1953, 1957, and 1961, the last year of the inaugural parade competition. Special Collections has photographs and other items related tothe Highty Tighties at a few of the parades in the Historical Photograph Collection.

Here are items fromthe press packet for the inauguration of Harry S Truman in 1949 inthe Evert B. Clark Papers, Ms1989-022:

Being the repository for the University Archives, Special Collections, of course, maintains items related to the inaugurations or installations of the university presidents. For example, we have a video of James D. McComas’ inauguration in 1988as 13th president of Virginia Tech. Several of therecords of the presidents have files related to their inauguration ceremonies, including Walter Newmanin RG 2/10, Boxes 2-3; T. Marshall Hahn in RG 2/11, Box 97; and William E. Lavery in RG 2/12, Boxes 1-2.Additionally,items related to the installation ceremonies are located in the Record Group Vertical Files and the University Libraries library catalog.

When determining a topic for this week’s blog post, I discovered very little has been written about Special Collections’ historical maps. We have over 800 individual maps along with special map collections, such as the Robert Holman Map Collection and the Pocahontas Mines Collection. (We are currently working on the Pocahontas Mines Collection of over 7,000 maps and will have posts devoted to it in the future, so keep an eye out!) The maps primarily document Virginia and the Appalachian region from the 18th to 20th centuries. But the maps I’d like to share with you date to the days of European colonization and American independence.

The above map, “Virgini partis australis, et Florid partis orientalis, interjacentiumque regionum Nova Descriptio”, is a reproduction of Dutch cartographer Joan Blaeu’s 1640 map of the North American coast from Florida to Virginia. Marked in the upper right corner is “Chesapeak” or Chesapeake Bay and towards center left are the “Apalatcy” or Appalachian Mountains. The map also identifies different American Indian tribes, such as the Houstaqua – probably the Yustaga people of the Florida Panhandle – and the Powhatans of Virginia. The back of the map discusses Florida, showing that the map was once part of a Latin language atlas.

This map, “Virgini Partis australis, et Florid partis orientalis, interjacentiumque regionum Nova Descriptio”, is a reproduction of a map in Arnoldus Montanus’ De Nieuwe en onbekend Weereld, published in 1671 by Jacob Meurs. When compared against Blaeu’s map, very little has changed in the description of the land, although the visual depictions are fuller and more colorful.

Jump forward to 1784, and you get this more detailed, albeit less visually arresting, depiction of North America east of the Mississippi River. This reproduction identifies the boundaries of the United States as defined by the Treaty of Paris, which ended the American Revolutionary War. Like the other maps above, this one identifies American Indian tribes, but it includes new landmarks, cities, and states, showing how the changing political and cultural landscapes affect cartographic description.

As I mentioned, these are just a few out of hundreds of maps held by Special Collections. If you’d like to peruse more, check out those we’ve digitized and put up online or come in to the reading room and take a look at them yourself!