If Thou Hast Crushed a Flower

One of my favorite parts of working in Special Collections is that I’m always coming across something beautiful and unexpected that I never knew we had. Case in point: the Daniel Bedinger Lucas scrapbook. Opening the average looking notebook cover reveals page after page of intricate pressed flower arrangements surrounded by handwritten poetry and and prose. There’s even a few locks of hair delicately woven and stitched into some of the pages. What’s unexpected is how vibrant most of the flowers still look- it’s really hard to believe they were picked some 150 years ago. Despite being so delicate, most of the arrangements have held up exceptionally well.


So who was the man behind this beautiful book? Daniel Bedinger Lucas was born March 16, 1836, at “Rion Hall” in Charleston, Virginia (now West Virginia). He attended the University of Virginia, and then studied law under Judge John W. Brockenbrough of Lexington, Virginia. In 1859 he began practicing law at Charleston but moved the next year to Richmond. The scrapbook was compiled some time during this period in the early 1860s, when Lucas was working as a lawyer in Richmond.
At the beginning of the Civil War in 1861 he joined the staff of General Henry A. Wise and took part in the Kanawha Valley campaign, but his physical disability from a childhood spine injury kept him from active service in the last years of the war. Toward the end of the war he ran the blockade to defend his friend John Yates Beall, accused of being a Confederate spy, but was unable to defend him against the charges. Beall was executed on Governors Island, New York.
Barred from the practice of law until 1871, due to restrictions on the service of ex-Confederates, Lucas turned to literature and became co-editor of the Baltimore Southern Metropolis. At this point his writing became more than just a hobby, and many of his poems were published in this magazine. Lucas’s volumes of poetry include The Wreath of Eglantine (1869) and Ballads and Madrigals (1884). He wrote three plays about the Civil War. His books include The Memoir of John Yates Beall (1865) and Nicaragua, War of the Filibusters (1896). He was known as the “poet of the Shenandoah Valley.”

The entire scrapbook is scanned and can be seen online here. I will leave you with one of his many poems from the scrapbook titled “If Thou Hast Crushed a Flower”
If thou hast crush’d a flower
the war may not be blighted;
If thou hast quenched a lamp
once more it may be lighted
But on thy harp, or on thy lute
the string which thou hast broken
shall never in sweet sound again
give to thy touch a token! 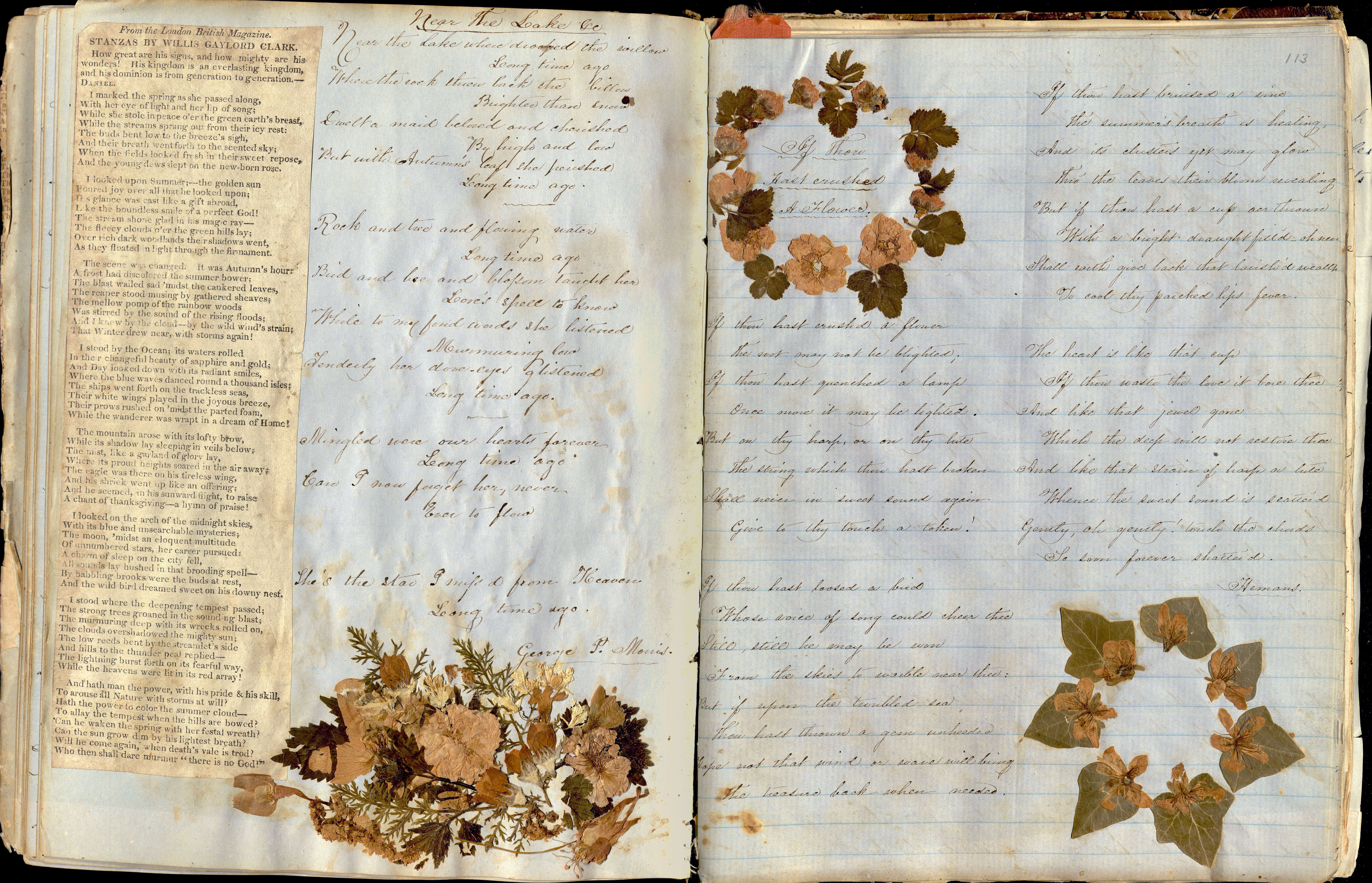 View all posts by adriennearchivist

One thought on “If Thou Hast Crushed a Flower”