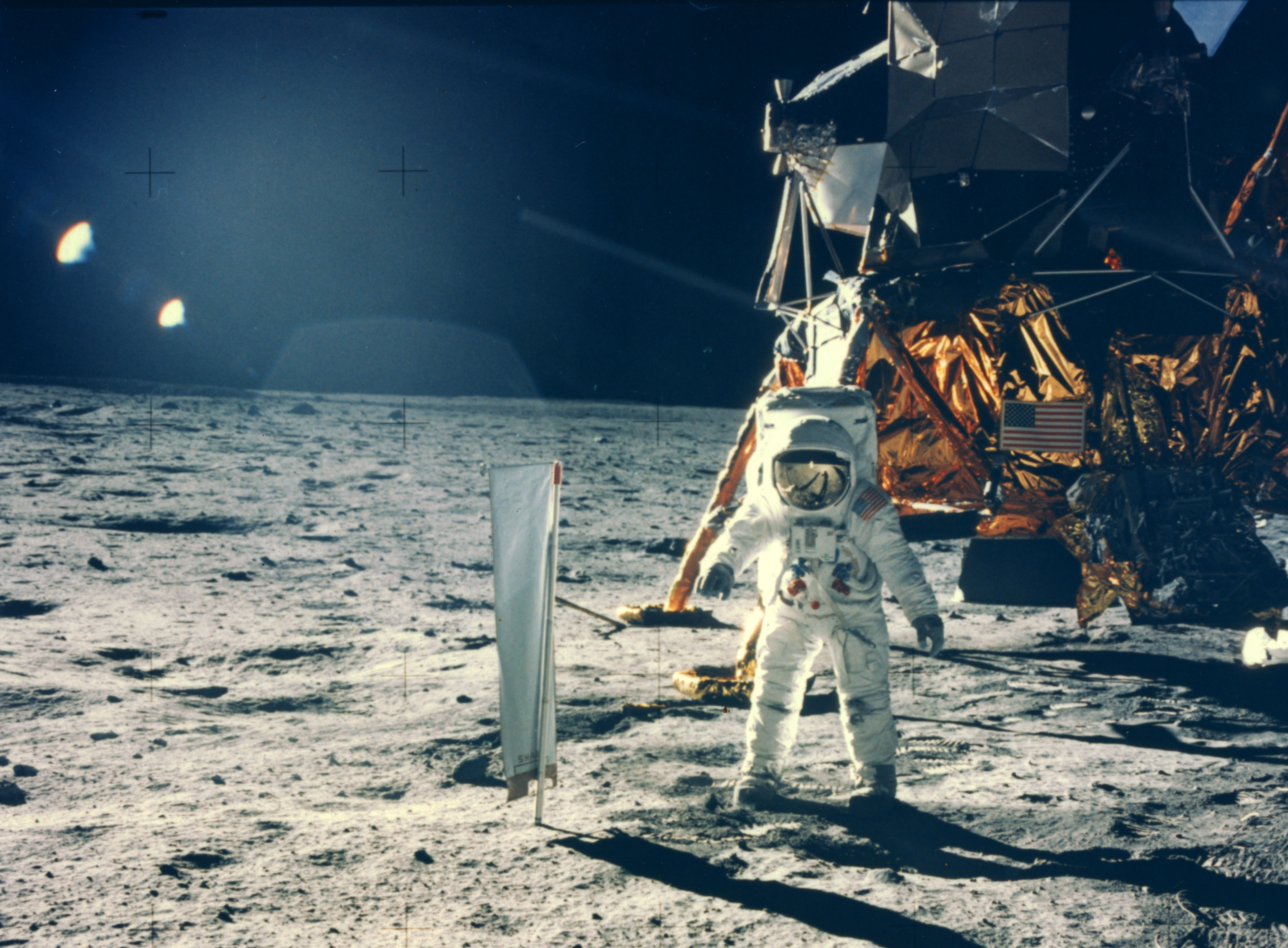 Virginia Tech is proud to be the alma mater to many pioneers in aerospace engineering, perhaps none as famous as Christopher Columbus Kraft, Jr. The VT Stories team recorded an oral history interview with Kraft in April 2017, and Special Collections now has the full interview and transcript available online. The VT Stories summary of the interview is available here.

Chris Kraft graduated from Tech in 1944 with a degree in Aeronautical Engineering. The university was operating on a 12-month schedule because of WWII, therefore Kraft graduated after only three years. Despite only this truncated time at Virginia Tech, Kraft rose through the ranks to become president of the Corps of Cadets, which he counts as teaching him important leadership skills. Kraft also recounts his classes with Professor Rasche, contracting Scarlet Fever, and dance weekends from his memories at Virginia Tech in his interview.

After graduating at age 20, he joined the National Advisory Committee for Aeronautics (NACA), the predecessor organization to the National Aeronautics and Space Administration (NASA). Kraft worked at Langley Research Center as a flight test engineer for 13 years, until the space race began.

In 1958, he became one of the original members of the NASA Space Task Group, which was established to manage Project Mercury, the nation’s first project to put a man in space. During Project Mercury, Kraft developed many of the basic mission and flight control techniques used in manned space flight, which culminated in the creation of the Mission Control Center at the Johnson Space Center (originally the Manned Spacecraft Center) in Houston, from which all of NASA’s manned space flights have been conducted. He also served as Flight Director for all the Mercury missions and many of the Gemini missions. Kraft was named deputy director of the Manned Spacecraft Center in 1970, and later director in 1972. He retired from NASA in 1982 and and subsequently served as a consultant for various corporations. In 2001, Kraft’s autobiography, Flight: My Life in Mission Control was published.

Special Collections also has Kraft’s papers, which he donated in 1986. The collection consists of approximately 28 cu. ft. of manuscripts, particularly NACA and NASA reports and documents, meeting notes and agendas, research materials, and the manuscript for 2001 Kraft’s autobiography. You can view the finding aid for this collection here.

Occasionally I get the chance to work withsomething in our collections that give me shivers, andthe notebooks that astronaut Michael Collins used on the NASA Gemini and Apollo spaceflight missions definitely fall into that category. I mean, it isnt often that you get to handle and scanitems that have actually been in space! You can see the online collection here.

Michael Collins is probably most famous for his role as the command module pilot on the Apollo 11 Mission, the first manned mission to land on the lunar surface. Collins orbited the moon while commander Neil Armstrong and lunar module pilot Edwin E. “Buzz” Aldrin descended to its surface.

In 1989, Virginia Tech Special Collections was honored to receive his papers, which cover Collins’ Air Force career, training at the U. S. Test Pilot School and Experimental Flight Center, participation in NASA’s Gemini and Apollo programs, and tenure at the State Department and NASM. While this collection has been heavily used by students and researchers for many years, it wasnt until this past summer and fall of 2016 that we were able to get a large portion of it scanned and ready to go online. I’m really excited to get some of these items out there for the wider world to see.

Before the Apollo missions, Collins was also involved in the Gemini missions, serving as pilot of Gemini 10, launched July 18, 1966. During this mission, Collins and commander John Young set a new orbital altitude record and completed a successful rendezvous with a separate orbiting space vehicle, paving the way for modern day space vehicle maneuvers such as docking with the International Space Station. Another notable achievement from this mission was the successful completion of two spacewalks by Collins. Collins was the was fourth person ever to perform a spacewalk (referred to by NASA as an EVA, or Extravehicular Activity), and the first person to ever perform more than one.

After retiring from the NASA astronaut program in 1970, Collins worked for the US State Department and the Smithsonian Institute, serving as the first director of the National Air and Space Museum. The collection also includes many items related to his later work, as well as many items sent to him by adoring fans and space enthusiasts from around the world. What’s now online is just a portion of the collection, hopefully we’ll be able to get more up soon. You can see the finding aid for the collection here.

Among the materials in the Robert R. Gilruth Papers (Ms1990-053) is his 1936 Master’s thesis from the University of Minnesota, “The Effect of Wing-Tip Propellers on the Aerodynamic Characteristics of a Low Aspect Ratio Wing.” Gilruth, who would move on to work, first, as a flight research engineer at Langley Aeronautical Laboratory of the National Advisory Committee for Aeronautics (NACA), and then for NASA, became the first director of that agency’s Manned Spacecraft Center in Houston in 1961. The Master’s paper, however, was what interested the folks at the Vought Aircraft Historical Foundation, who contacted Special Collections as they were preparing a history of the company’s V-173 and XF5U-1 “Pancake” series of aircraft.

A look at the model used in this early work of Gilruth’s and the prototypes built by Vought in the 1940s suggests the significance of his work for the company’s engineers at the time. So, how does a pancake fly? For those of you who want to know, check out Gilruth’s Thesis for all the theory, specs, charts, and diagrams.

For more information, read about our Archives of American Aerospace Exploration or visit us at Special Collections!