At this point, it seems safe to say that magazines are more or less defunct as a vehicle for popular fiction. They were superseded more or less completely by paperbacks in the 1950s. Of course that process took awhile, and in the interim a good deal of the paperback SF market featured new, lengthier versions of magazine stories, which had been expanded or combined into book-length features. Eventually paperback originals (and original short story anthologies) came into their own, and the “fix-up” became less common without completely dying away.

Textual criticism of fix-ups has never been very popular among SF scholars, but it seems like there might some interesting possibilities. A comparison of the censored Analog versions of Joe Haldeman’s “Forever War” stories to his successful novelization comes to mind as an interesting possibility.

Having a significant collection of paperback and magazine SF on hand (as we do here!) makes this sort of work feasible. It is also fun to have a look at some of the lesser known magazine appearances of well-known authors. I’m thinking particularly (today) of Stephen King’s stealthy initial publication of “The Gunslinger” in Magazine of Fantasy & Science Fiction. I don’t suppose King comes in for much academic criticism either, but at the very least it is revealing to compare the initial circumstances of the Gunslinger publication series to the more visible phenomenon that is has turned into. The most obvious finding from a perusal of our collection: at no point did the stories garner a cover. 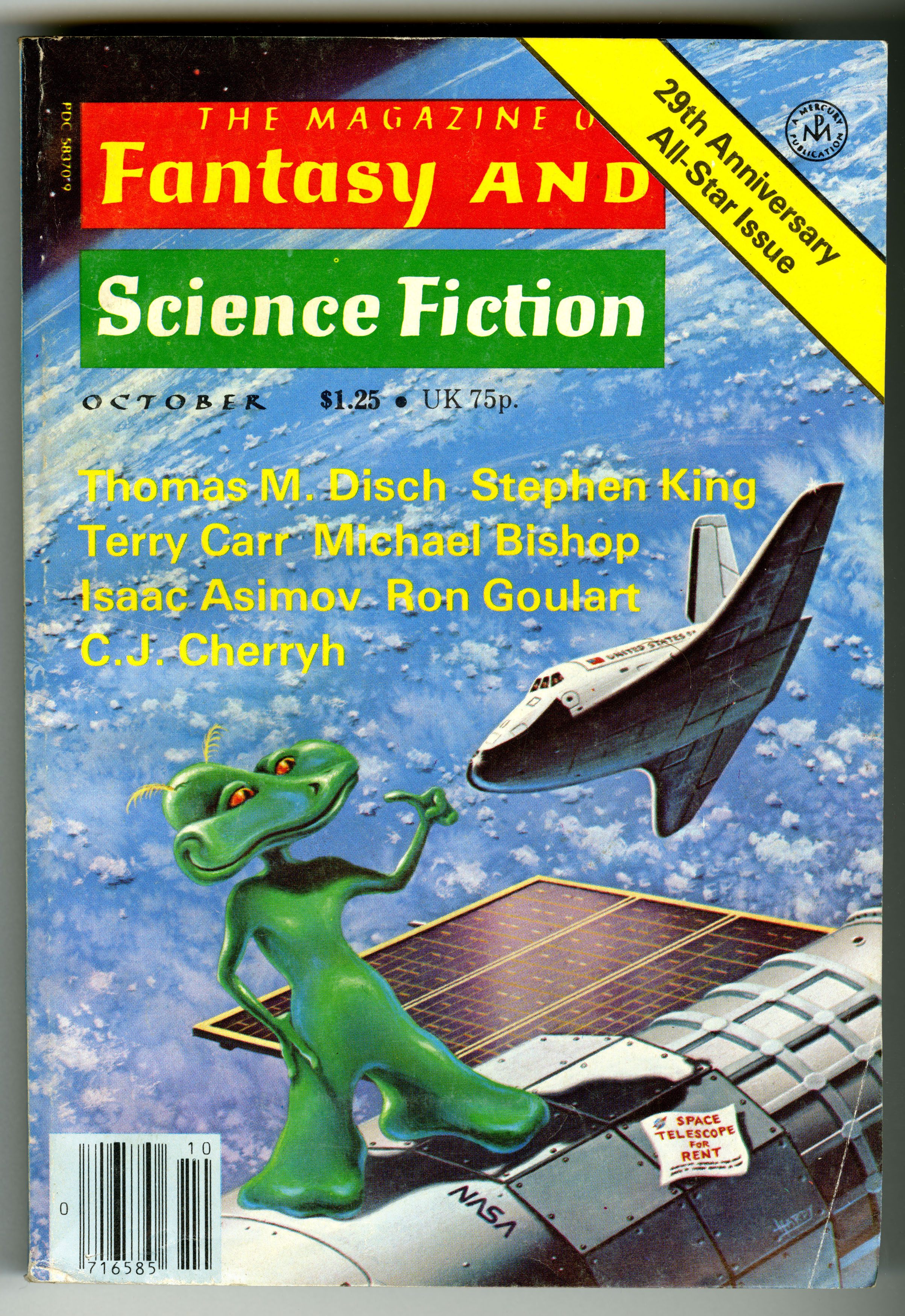 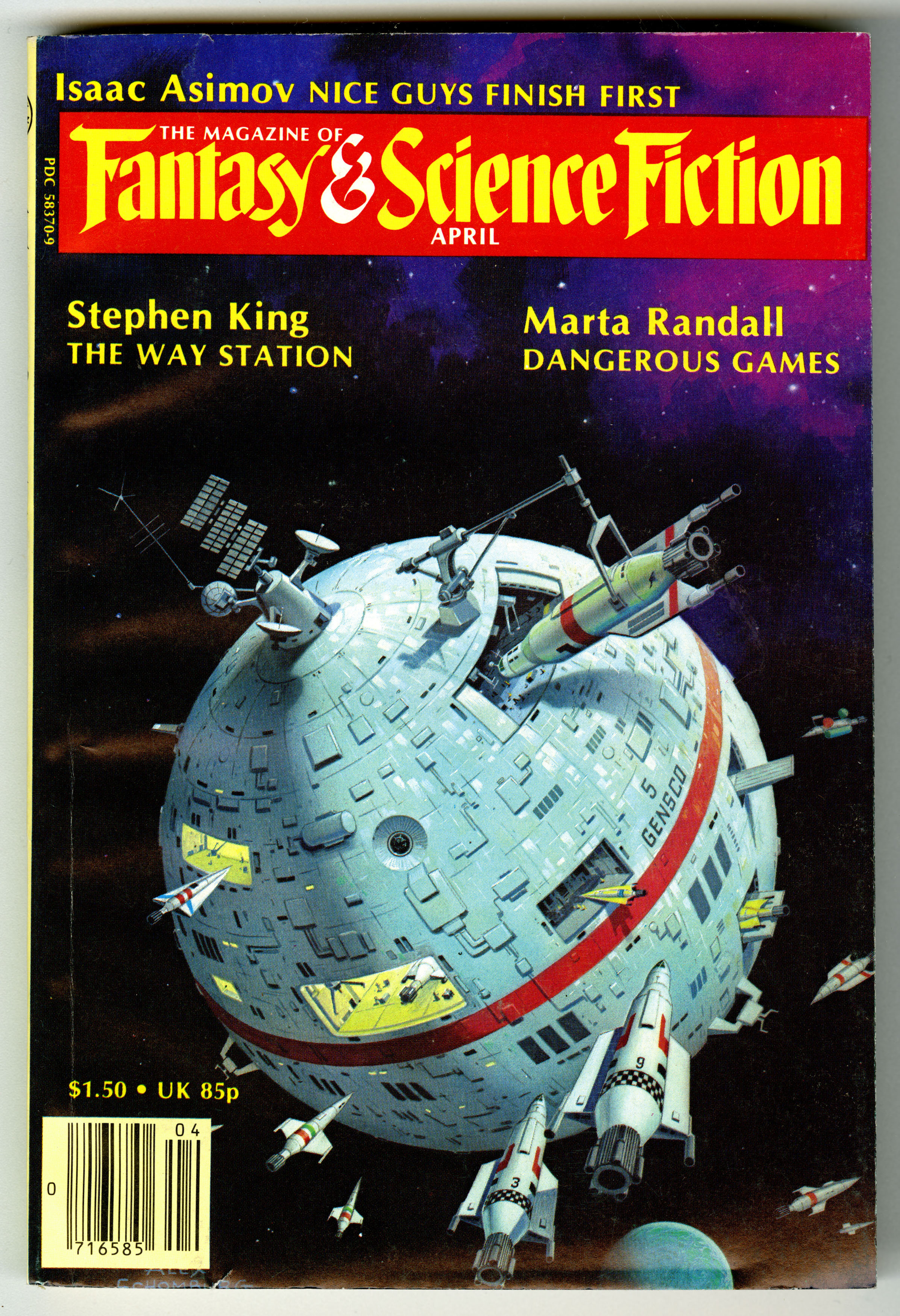 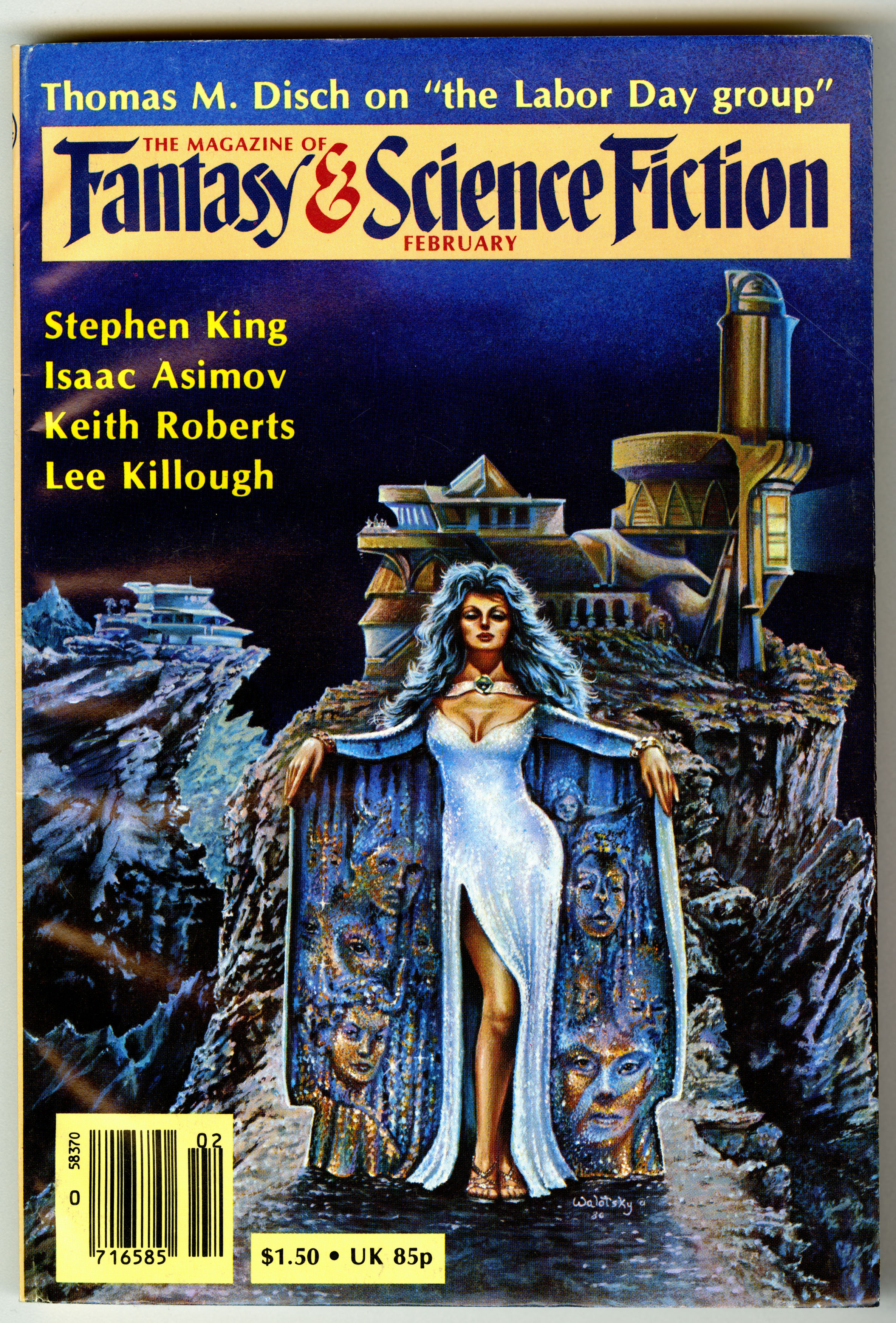 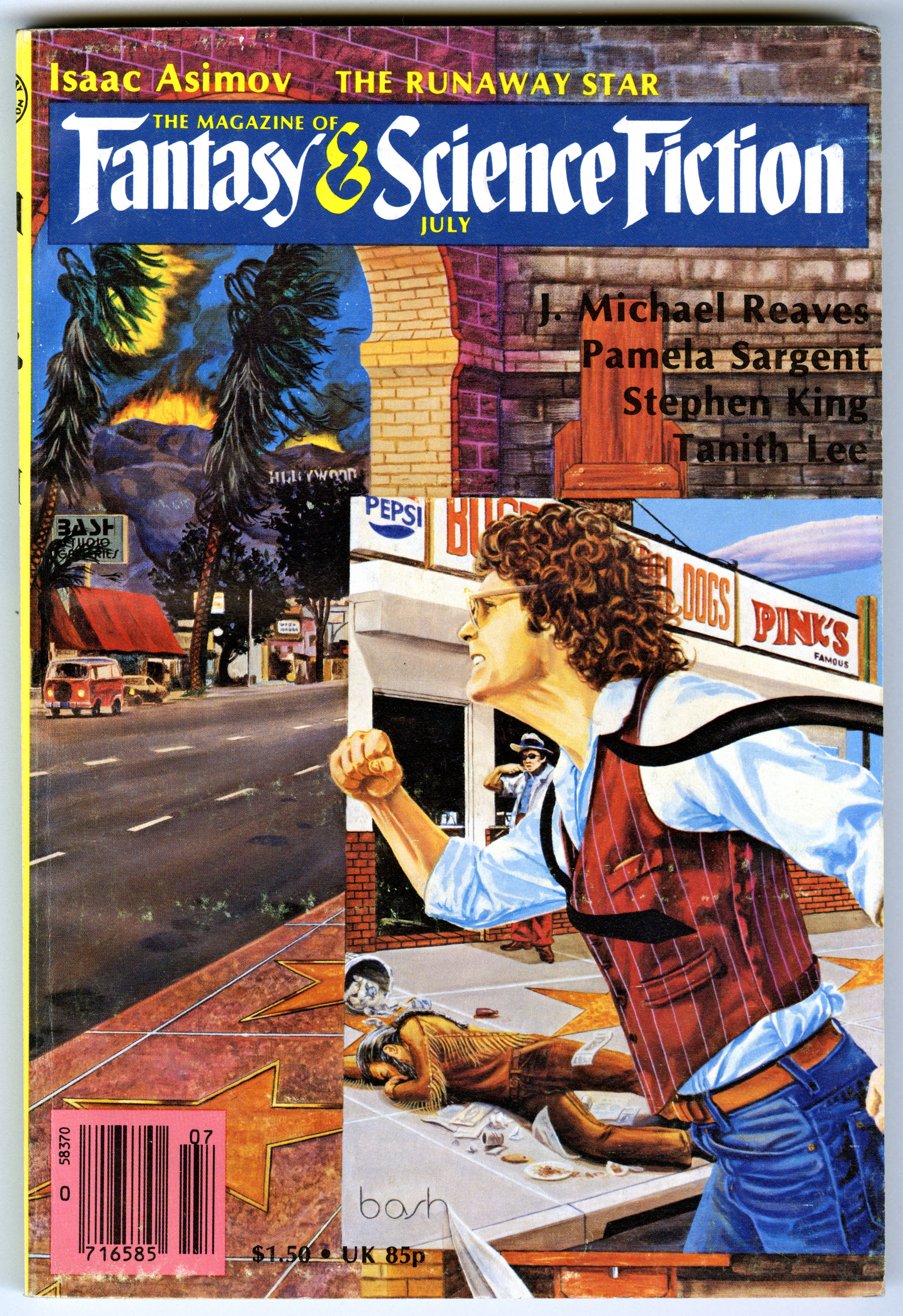 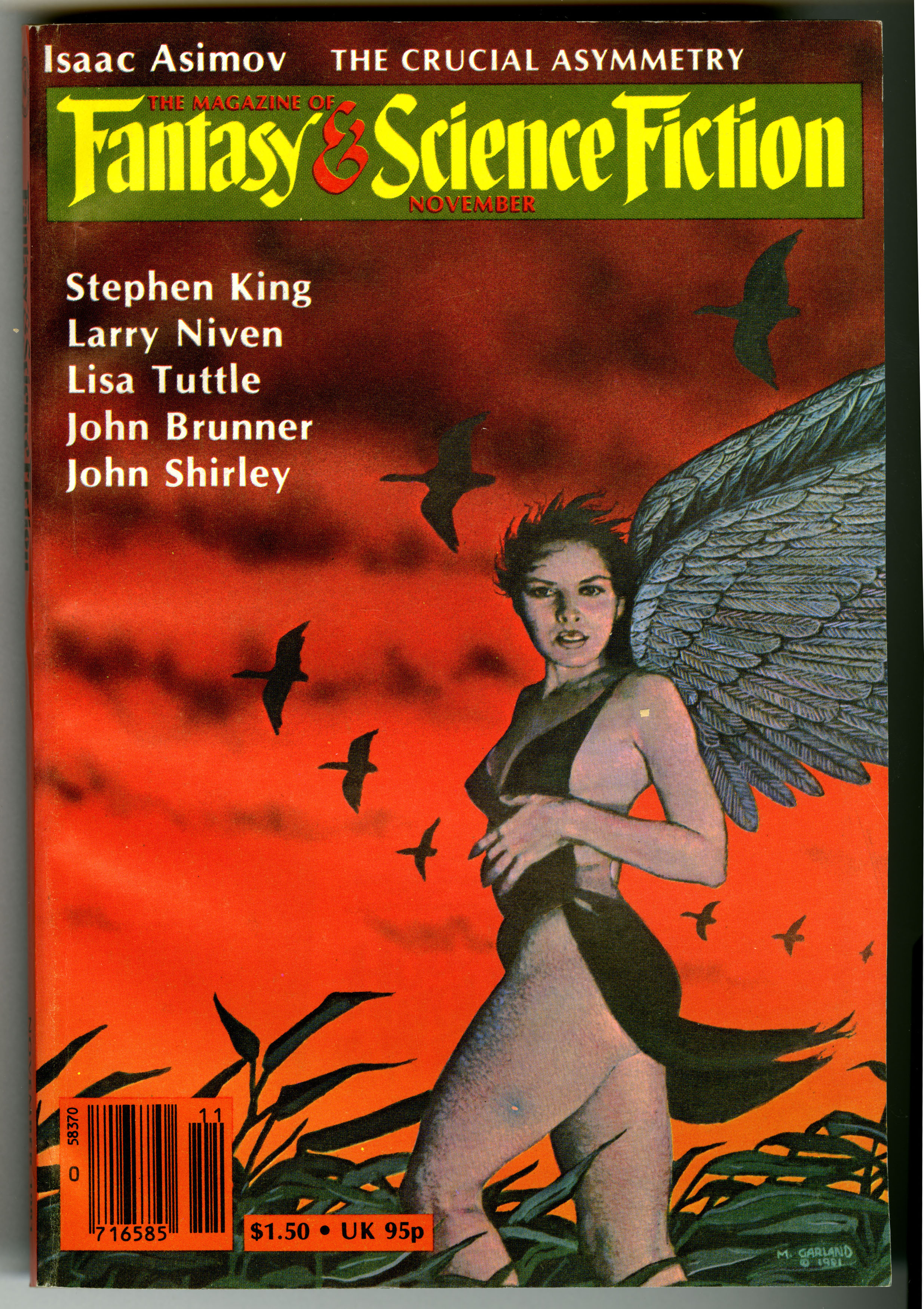 Of course King was already a bestselling author when these came out. So, while he was willing to lend his name to this project (unlike the contemporary pseudonymous Richard Bachman books), commercially speaking it was decidedly on the back burner. As for the content itself, I’m not sure to what degree you could call the later novelization a fix-up. That is for the putative researchers to decide, right? Until I was putting this post together, I was not aware that he had been at The Gunslinger with revisions and updates. There is definitely a textual history there, if not necessarily a devoted critical community. Maybe in the next century.