An Eighteenth Century Take on a Greek Classic

On my first day working at Virginia Tech Special Collections as a graduate student assistant, I was given a tour behind-the-scenes. As I walked through rows upon rows of the stacks where our rare books are housed, practicing hunting down books based on their call numbers, a large folio book stamped with Thucydidis Historiae on the spine immediately caught my eye.  This book, published in 1731 in Amsterdam, presents book eight of Thucydidess history of the Peloponnesian Wars.  In his account, the Greek historian Thucydides traces the buildup of hostilities between the city-states, Athens and Sparta, and narrates the battles and events that occurred throughout the course of the war.  While I have encountered many other fascinating folios and tomes in our rare book collection, including other editions of Thucydides published in 1828, 1855, and 1950, this Thucydidis De Bello Peloponnesiaco libri octo remains my favorite.

Following a beautiful engraved frontispiece by J. C. Philips, the title page lists first the Greek title and then its longer explanatory Latin one. 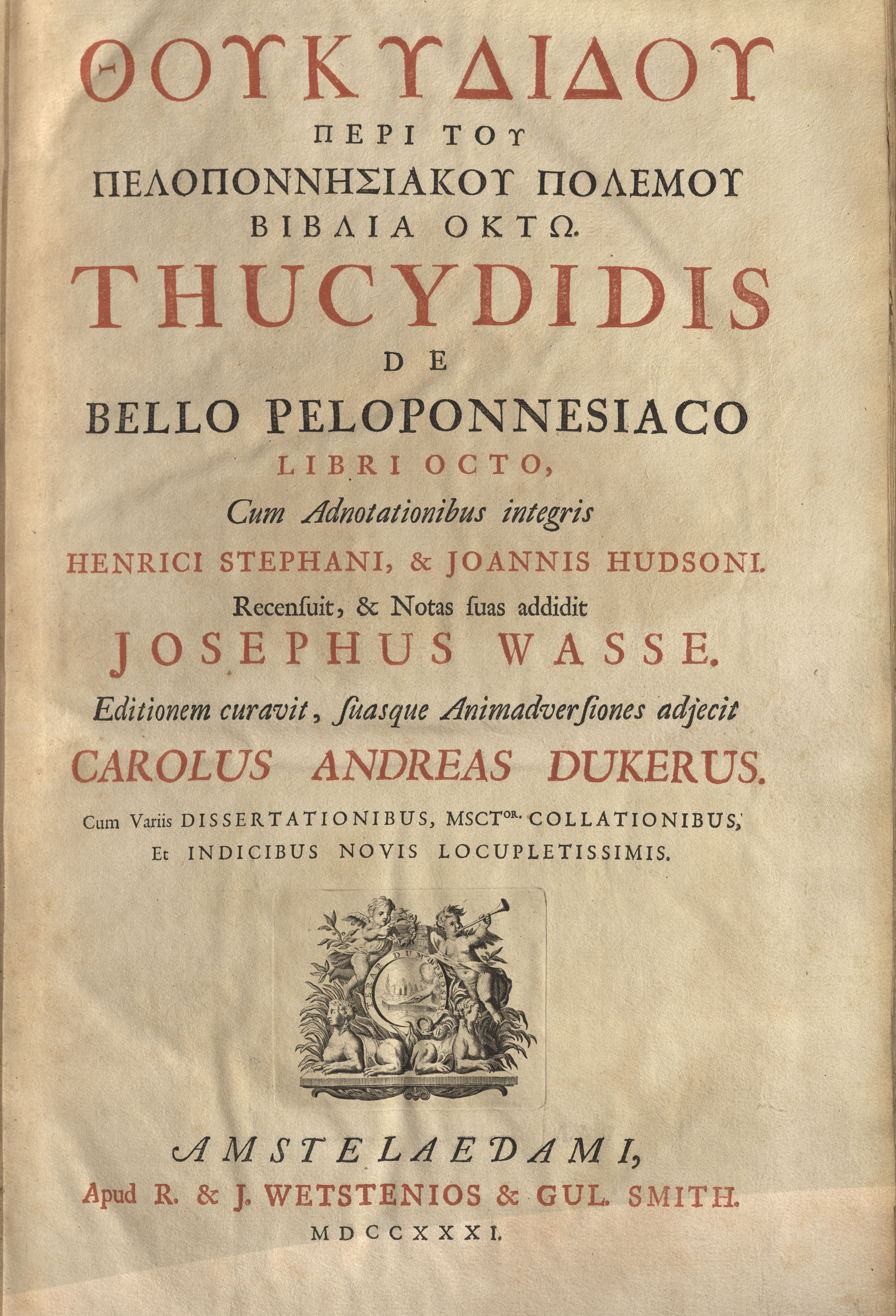 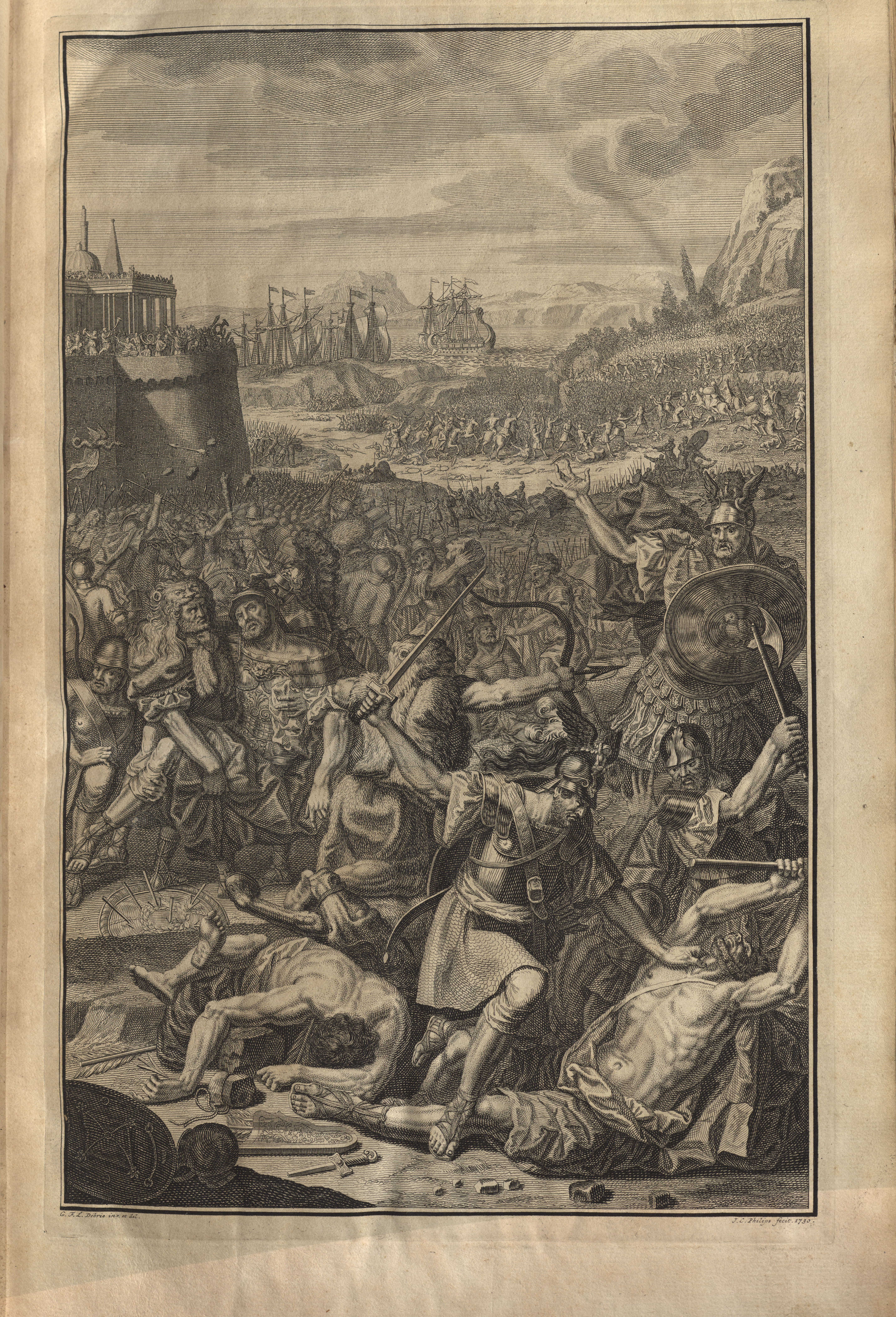 My favorite part about this edition of Thucydides’s work is the frontispiece, depicting an eighteenth-century interpretation of a siege from classical antiquity.  You certainly don’t need to be a Classics scholar to appreciate the fine detail and artistry.  I notice something new every time that I look at this engraving.

Although not uncommon for this time period, the dedication and introduction are all written in Latin.  Similar to today’s Loeb’s Classics, which provide English translations alongside the original Latin or Greek, this 1731 edition of Thucydides also supplied aid for translating the Greek… albeit in Latin. 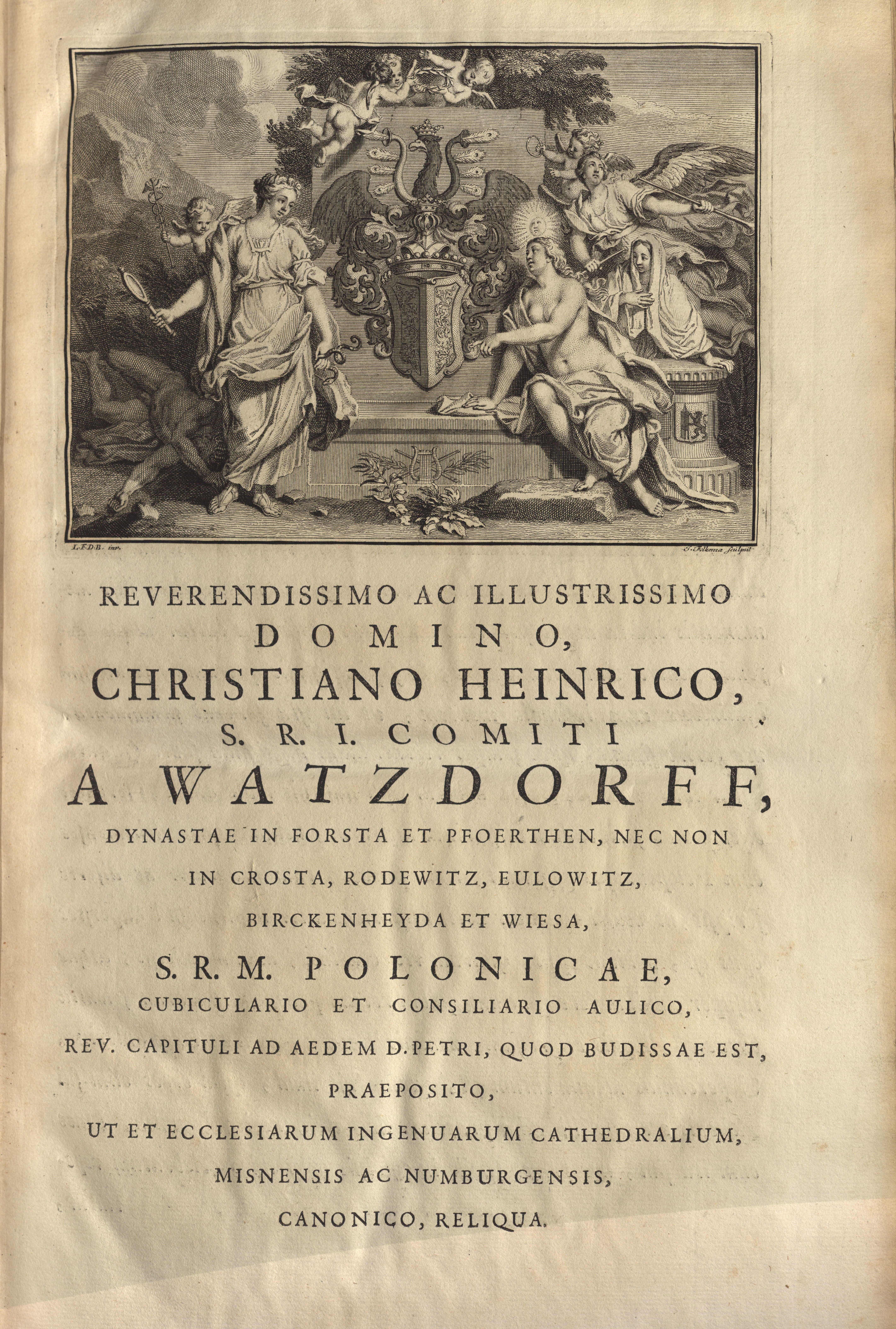 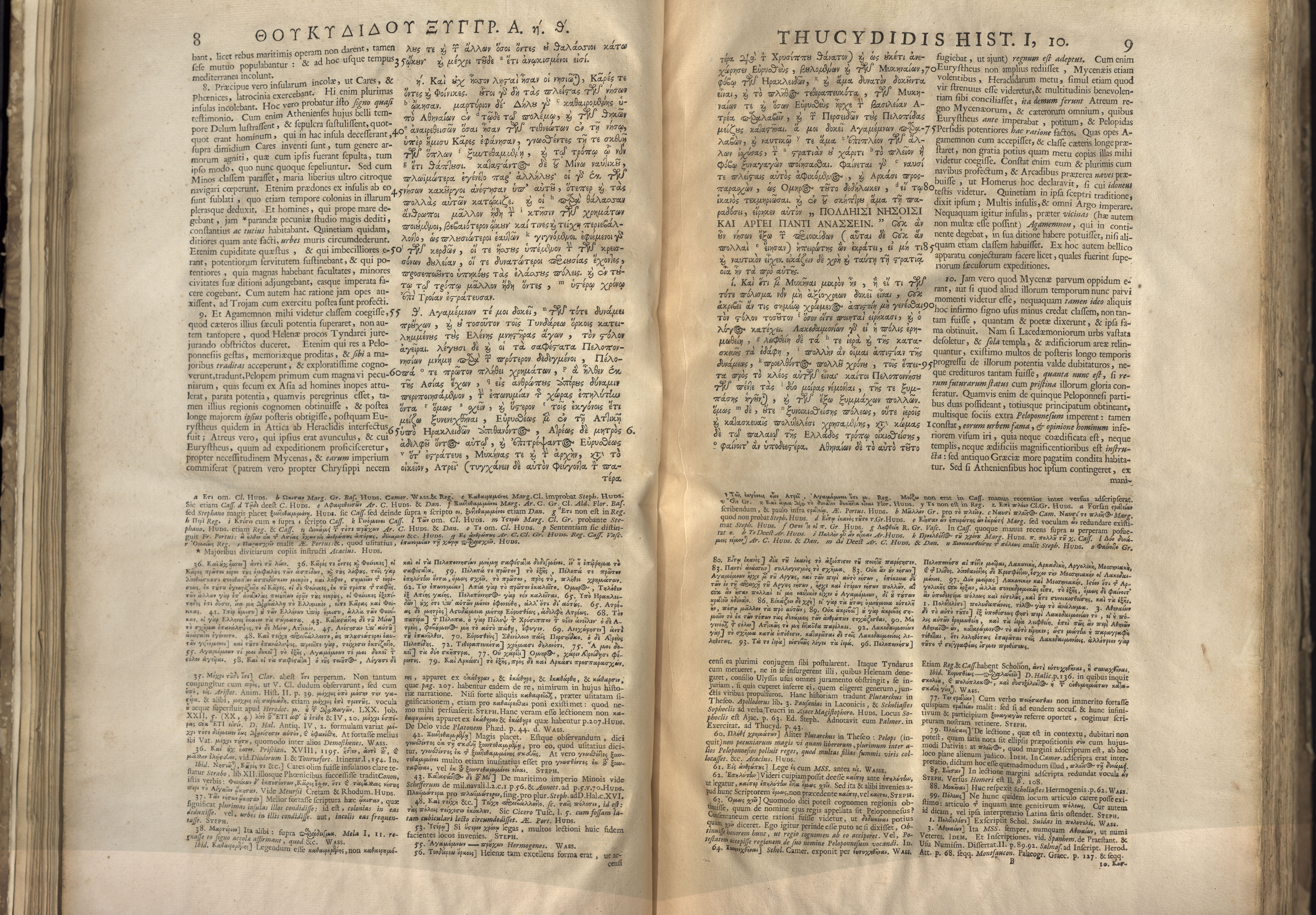 All the accompanying notes and commentary are also in Latin.  Since Thucydidess history of the Peloponnesian War was included within the traditional canon of classical texts that were instilled upon students in the academies in Europe and America during the eighteenth-century, perhaps it is not so strange to encounter Latin rather than English within this work.

We dont have a record here at Special Collections regarding this books exact history. To speculate, though, whoever owned or read this book was probably either educated or someone with status, and most likely both. However, when you visit Special Collections, you dont have to put on aristocratic airs or show off any classical knowledge to view and engage with our rare books like Thucydidis De Bello Peloponnesiaco libri octo.