A Blot On History

Paw through enough manuscript collections, and you’ll eventually run across some advertisements printed on a thick, porous paper, usually with a pink or blue backing. For those not in the know, it’d be easy to dismiss these little items, which come in a variety of shapes and sizes–and often in bright colors– as simple promotional cards, but in fact, they had an ulterior and important function in 19th-century household and business environments.

Through the 18th century, the best countermeasure that correspondents, clerks, and other writers had against the inconvenience of slow-drying ink was to sprinkle sand (or sometimes its more costly alternative, salt) over their handwriting to set the ink, then shake the page to remove the temporary coating. The early 19th century saw the invention of the blotter, a handheld device with felt attached to a curved base that could be rocked over the written page to absorb excess ink. About fifty years later, a soft, thick, porous paper was developed as an effective means to absorb excess ink and speed the drying process. Pressed against the written page, the blotting paper soaked up the surplus ink and allowed the writer to complete a task more quickly and with fewer smears and smudges. The paper was also used in used in removing the excess ink from the pen’s nib, making for fewer drips and stains.

Following its introduction, blotting paper quickly replaced sand as the method of choice in drying ink. As noted in an opinion piece within the July 6, 1883, edition of the Maryland Independent, lamenting the end of an era:

It is not so many years since blotting sand was an article of foreign export and domestic use. … Some of the merchants of to-day remember when, as clerks in stationery stores, they occupied leisure hours and rainy days in putting into convenient packages blotting sand that came from Block Island by the barrel … The use of blotting sand led to the manufacture of sand-sifters, which in itself was an industry of some magnitude. A piece of paper has displaced them, sand and all.

It was only a matter of time before some enterprising individual determined that desktop blotting paper would provide an excellent medium for commercial advertising, and in that same Maryland Independent piece, the writer notes that the sale of ink blotters would be even larger if the marketplace weren’t flooded with free blotters distributed by companies peddling their goods and services. 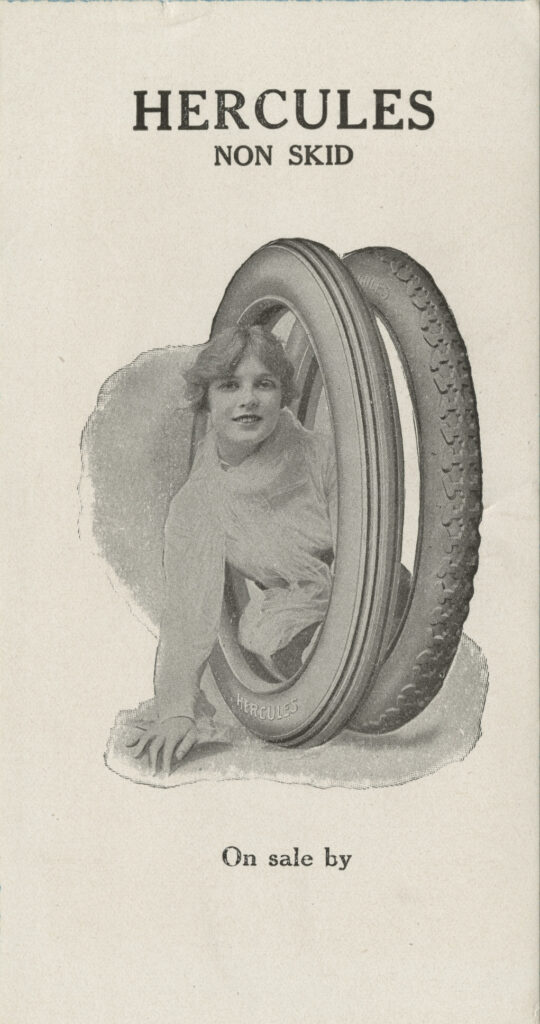 In a November 10, 1895 article about the role of job printers in a recent political campaign, the Omaha Daily Bee related the opinion of a printer who claimed that ink blotters were a much more effective form of advertising than traditional campaign cards: “Cards were thrown away, he argued, while blotters were kept for use on the desk and thus held attention of the voter to the name of the candidate. The blotters, good ones, could be furnished at $3.50 per 1,000, printed with the name of the candidates …”

As a free and useful item for household or business consumers, the blotters proved very popular. The Topeka State Journal of April 20, 1900 reported: “A man went through the court house a few days ago distributing advertising blotters. When he started he ahd two large bags full. When he escaped he had a few left, but very few.” At the turn of the 20th century, competition from blotter advertising led newspaper publishers nationwide–at least those not connect to job printers who benefited from printing the blotters–to denounce the medium as an effective form of advertising.

These blotters, all from businesses in southwestern Virginia, performed double duty by including a calendar, a ruler, a football schedule, and a list of early aviation records to insure that consumers would be less likely to discard them (click for full-sized images) (from the O’Shaughnessy Family Papers, Ms1987-052).

The development of quick-drying ink and improvements in fountain pen design were harbingers of doom for the advertising blotter. In the 1940s, Parker Pens promoted a new design by claiming that it made the use of blotting paper unnecessary. Though blotters continued to retain their place among other promotional giveaways in the advertising world for several more years, the mass manufacture and ready availability of the ballpoint pen sounded the medium’s death knell. Blotting paper can of course still be purchased for many other uses, and I suppose it’s possible that there’s a manufacturer out there somewhere who’s churning out desktop advertising blotters for some niche retro market, but the day of the advertising blotter–like that of blotting sand before it–has long passed. 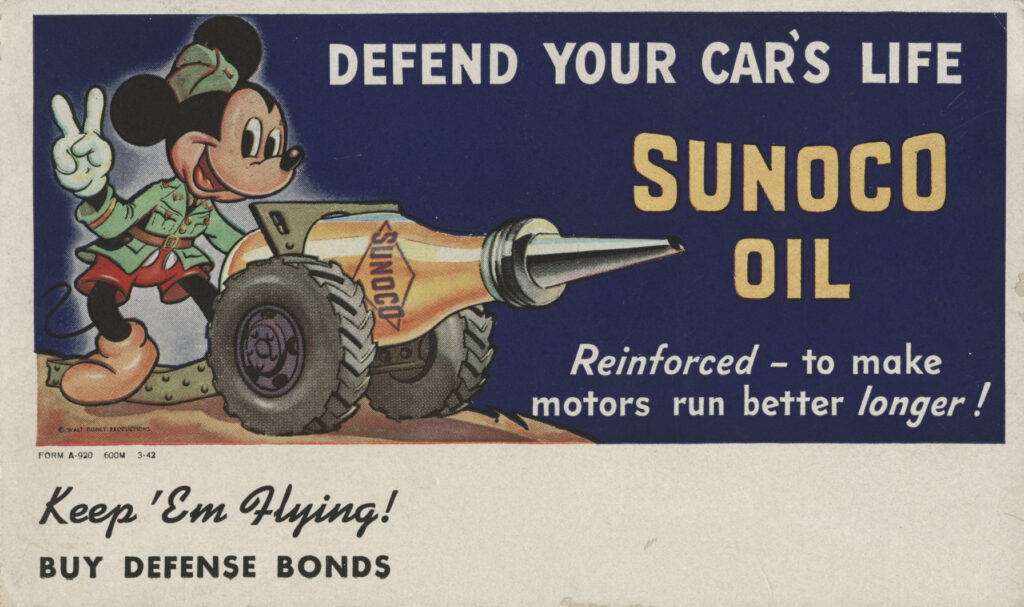 By the time this 1942 blotter employed patriotism and Mickey Mouse to sell Sunoco Oil, the advertising blotter was nearing the end of its popularity (from the O’Shaughnessy Family Papers, Ms1987-052).