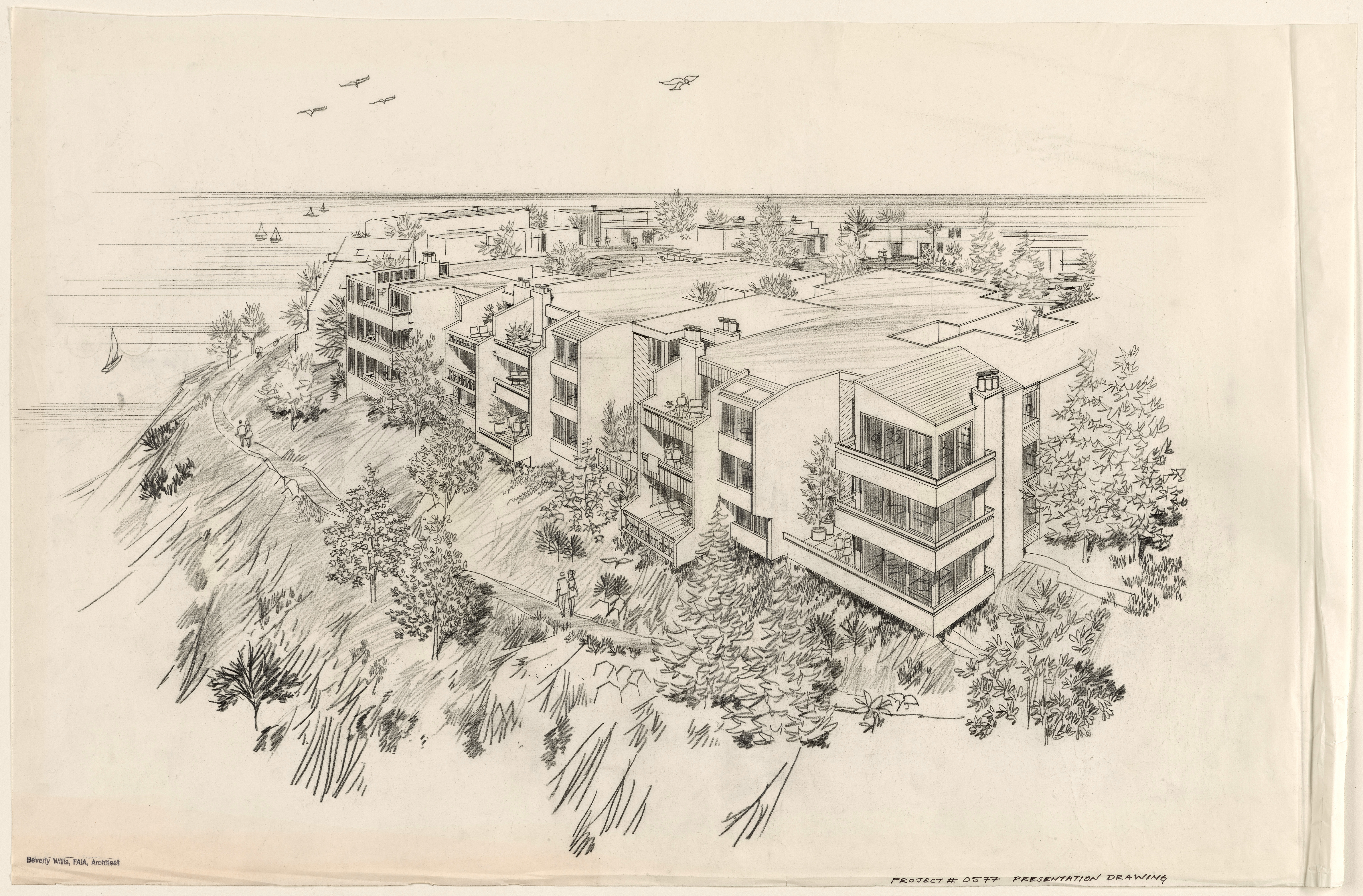 The Beverly Willis Architectural Collection, open for research at Special Collections and University Archives, holds many treasures: sumptuous drawings, correspondence, and photographic materials documenting the work of one of America’s great twentieth century designers. One such project we’ll be highlighting here shows Willis and Associates, Inc.’s, (WAI’s) work on an early land analysis program called CARLA. CARLA, or Computerized Approach to Residential Land Analysis, was a program developed by the firm in the 1970s that was on the vanguard of employing computing applications in site development.

The programs aim was to reduce construction costs by instrumentalizing and automating much of the initial planning process and environmental impact research. To this end, the firm enlisted the skills of a young urban design grad student, Jochen Eigen, to study and model the architectural planning process. His work aggregated and analyzed data on the proposed project’s user needs and the site’s zoning and topography (via a client-submitted map), which was then correlated with an internally developed database that contained information on thousands of residential sites and floor layouts – planners would iterate through the process repeatedly to determine ideal land allocations for building. 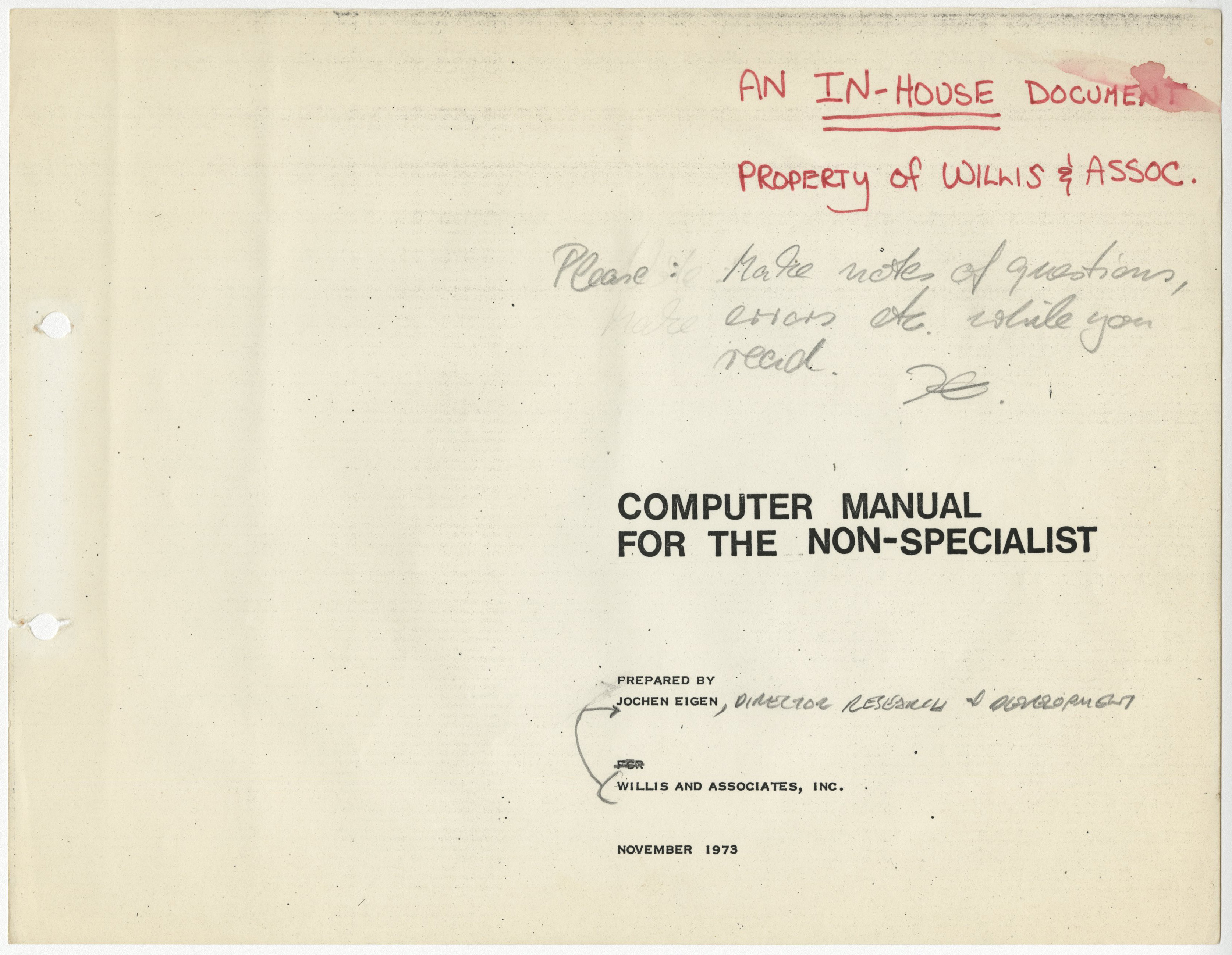 At the time of CARLA’s advent, land analysis was a fairly lengthy ordeal. It would take companies 4-6 months using traditional methods before they would be able to properly estimate financial cost and environmental impact. Implementing and using this new tool reduced that timeline to about three weeks. The process would result in a site perspective, analysis of soil and natural drainage patterns, areas of a plot suitable for development and areas in need of cut and fill. The program allowed easy comparison of design solutions and their respective costs.

While CARLA was specifically geared toward site analysis, it is still ancestrally linked to modern computer aided design programs. Its primary function was to optimize land use by determining the best planning unit, its placement on a parcel, the cost of doing cut and fills, etc., and these are all necessary design considerations that are layered into modern CAD/BIM software (the BIM stands for Building Information Modeling). The program turned a time-consuming, bespoke research process into something comparatively data-driven and efficient, enabling Willis’s firm to maintain its competitive edge during the recession of the 1970s. At the time of its implementation, its aim was to get more contracts for lucrative housing developments, while it also addressed another fundamental need, namely, environmental considerations in urban design.

The first such development WAI used the software for were condominiums commissioned by the Alpha Land Company, to be located on a sloping 9-acre beachfront property. In her book Invisible Images, Willis writes about the beginning of her work on the Pacific Point Condominiums, and the inadequacy of available tools for assessing cost and estimating damage to existing ecosystems. Early iterations of mapping and topographical analysis programs were created by the government during World War II and later adapted for use by oil companies for industrial use; by 1971, the Kansas Geological Survey department at the University of Kansas had developed a mapping and contour program called SURFACE II. This program would form the backbone of Eigen’s/WAI’s land analysis software. Willis recalls,

With these tools I carefully planned stepped terraces on the bluff side of the site downward toward the ocean and designed a bridgelike entry to the three-story building’s mid-section. My design used diagonally placed interior walls that slice through the apartment facades, elongating one side like a fan. These subtle diagonal wall planes direct the eye to a breathtaking view of the Pacific Ocean.

The history of CARLA’s development is further documented here. Some of the firm’s internal documentation of the software’s development is available in the Beverly Willis Architectural Collection and will soon be digitized and made available online as part of the library’s new digital platform.