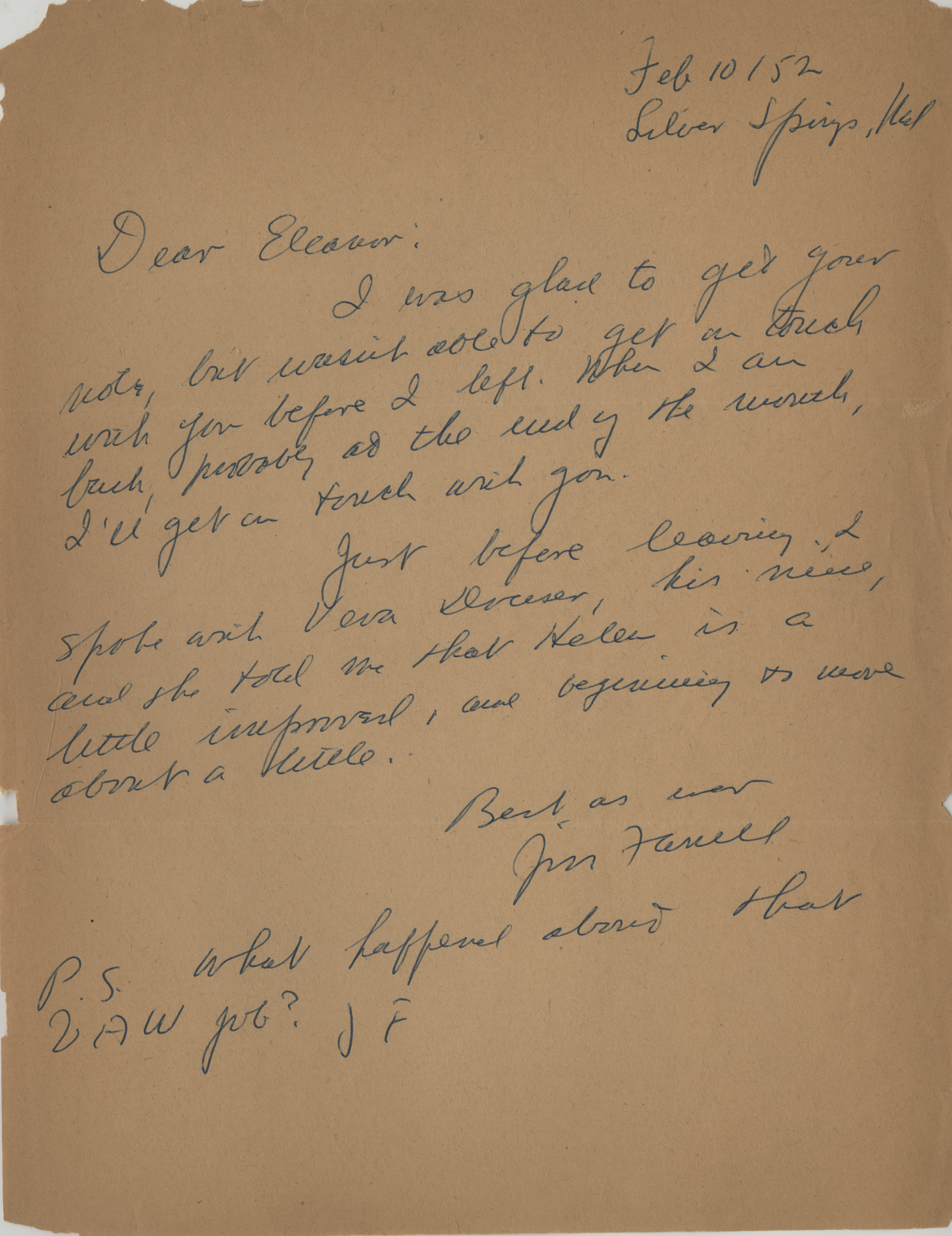 I feel like, at some point, I should stop posting about Sherwood Anderson and his extended circle (this makes #3 for me and #4 total in the 18 months or so). On the other hand, over the last two years, we’ve been able to acquire some great new materials. This week, I’ve got a short set of letters from James T. Farrell to Eleanor Copenhaver Anderson.

This collection contains four letters written by author James Farrell to Eleanor Copenhaver Anderson between February 1952 and May of 1954. The two had some on-going correspondence of which this represents only a small piece. As the letters suggest, one thing the two had in common was social activism–at various points in time, both worked for and supported various rights and activist causes. The April 8th letter is primarily concerned with Farrell’s updates about contacts in the UAW and his efforts to help Anderson get a job with them, if she was interested. (It appears she was not, as she was re-hired by her previous employer, the YWCA, in 1951, and she remained with the organization until 1961.) The third and fourth letters are about some of Farrell’s recent writings on Sherwood Anderson, Anderson’s influence on Farrell, and Farrell’s own writing efforts at the time.

The finding aid for the collection has biographical notes on Farrell and Anderson and you can view it here:http://ead.lib.virginia.edu/vivaxtf/view?docId=vt/viblbv01848.xml. (The nice thing about revisiting it is discovering one’s typos and fixing them!) I hope to have the letters posted on our digital site soon, at which point I’ll include links to those in the finding aid, too. While the collection is a small one, for Special Collections, it’s yet another piece of the Sherwood Anderson history we have here. It tells a little part of his posthumous story, showing how much of an influence and subject he proved to be consistently in the 10+ years following his death. Equally important, it gives us more insight into Eleanor’s continued connections with the literary circle and her own passion for social activism.

One thought on “Dear Eleanor…Affectionately, James”