The International Archive of Women in Architecture is supported by approximately 300 rare books and published manuscripts written by or about women working in the built environment.Many of these authors have archival collections in the IAWA, including Anna Sokolina, Brinda Somaya, Cristina Grau Garcia, Carmen Espegel Alonso, Despina Stratigakos, Inge Horton, and Susana Torre.

Reflecting the broad interests and expertise of women architects around the world, these books discuss a range of topics. Texts on the Russian Avantgarde movement and Soviet civil planning are accompanied by analyses of the intersection between gender and architecture; Viennese garden design theory and fireplace innovations accompany contemporary criticism and Caribbean architecture textbooks. Biographies and anthologies complement conference proceedings and exhibition catalogs.

Autobiographies often exist at the intersection of archives and literature. This blog will highlight a selection of autobiographies from the IAWA collections. Spanning three different eras of practice, these texts offer a glimpse into the private experiences and public struggles of early women in architecture. These books are available to view in the public reading room at Newman Library. 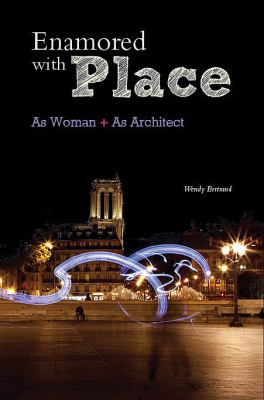 Wendy Bertrand is a registered architect from California. A student of both the cole des Beaux Arts (1964-65) and University of California, Berkeley, her extensive career has included major projects for the U.S. Navyand the U.S. Forest Service. Her archival papers are maintained by the IAWA. An excerpt from the authors page captures the book as follows:

“As a single mother, Wendy Bertrand accepted job security over the potential glamour, prestige, or celebrity of private practice, where architectural stars shine. She tells us how she pursued a career while continuing to value her perspective and insight as a woman, a mother, and someone who cares passionately about social equity. Her love of place infuses every aspect of her personal and professional life. She tells us of her adventures in travel, education, marriage, childbirth, motherhood, and work. This is also a story about a woman coming into her own as she matures, enjoys the fiber arts, and embraces the elements of her life that have enduring value.” (Excerpted from
http://wendybertrand.com/enamored-with-place/) 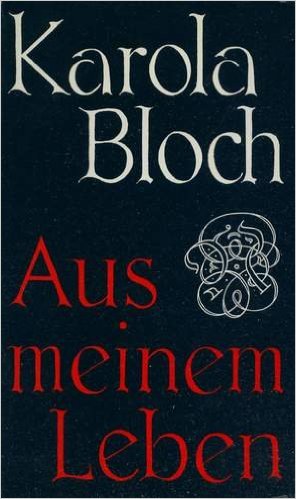 Karola Bloch (born Piotrowska, 1905) was a Polish-German architect who practiced in Austria, France, Czechoslovakia, the United States, and Germany. Her German-language autobiography is rich with unforgettable stories, including an eyewitness account of the October Revolution in Moscow, her tenure as a Soviet informant in Austria, a Nazi raid on her home in a Berlin artists colony, the loss of her immediate family in the Treblinka concentration camp, and anecdotes from her marriage to Marxist philosopher Ernst Bloch. Karola Bloch was a founding member of the International Union of Women Architects, accompanied by several other women represented in the IAWA. Archival materials from her life are housed by the Ernst Bloch Archives in Ludwigshafen.

Lois Gottlieb is a California architect specializing in residential design. This visual autobiography based on a traveling exhibit captures Gottliebs experiences in Frank Lloyd Wrights famed Taliesin Fellowship, where she served as an apprentice for eighteen months in 1948-1949. Gottlieb was profiled alongside IAWA members Jane Duncombe and Eleanore Pettersen in the 2009 documentary film A Girl is a Fellow Here – 100 Women Architects in the Studio of Frank Lloyd Wright.Her archival papers are housed by the IAWA.

View all posts by archivistwinn

2 thoughts on “Exploring the Lived Experience of Women Architects”