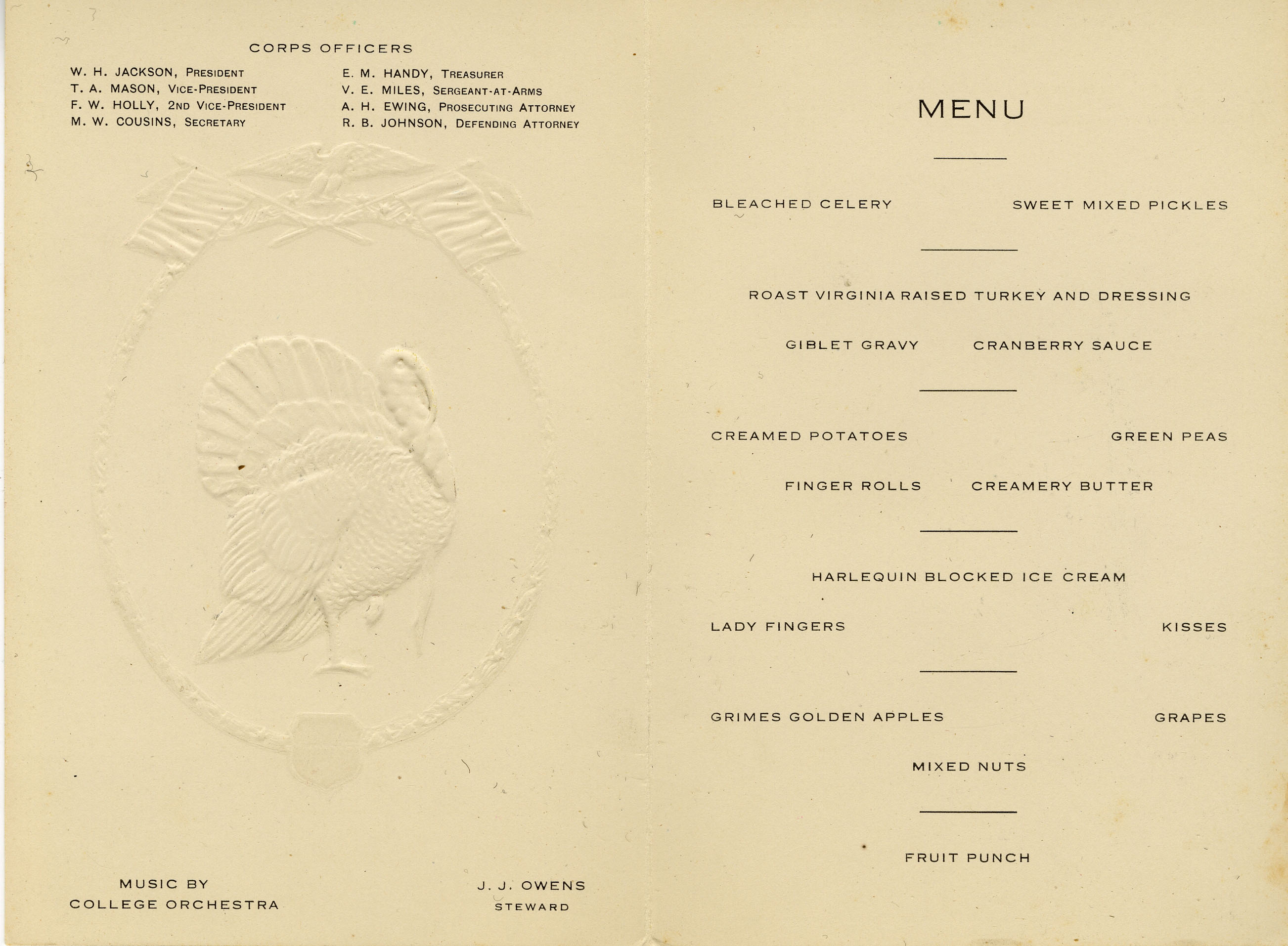 As Thanksgiving approaches, the Virginia Tech campus becomes practically deserted as students, faculty and staff leave town en masse to celebrate the holiday with family and friends. But it wasnt always this way. For more than half of Virginia Techs history, family, friends and alumni would descend upon Blacksburg and Roanoke the week of Thanksgiving for one of VTs greatest traditions- the annual football game in Roanoke against their biggest rival, the Virginia Military Institute (VMI).

The tradition began in 1894, when Virginia Tech (still known as the Virginia Agricultural and Mechanical College) played their first game against VMI at Staunton on Thanksgiving Day. The entire VAMC Corps of cadets made a trip to the event. VMI won that game by a score of 10 to 6, but VAMCs spirit was not broken. The 1895 yearbook, the Bugle, states, At half past two o’clock we boarded our train and returned, not feeling the least humiliated over our defeat, for we all vowed that the day of reckoning should come and that with a vengeance. The next year, on Thanksgiving Day, 1895, VAMC defeated VMI with a score of 6 to 4 at a game played in Lynchburg. Thus, both a rivalry and tradition were born.

The annual Thanksgiving football game moved to Roanoke in 1896, where it remained for the next 73 years. The event became known as The Military Classic of the South, and spawned many traditions and week-long festivities during the Thanksgiving holiday, including dances, dinners and parades through the streets of downtown Roanoke. The festivities usually ended with a Thanksgiving feast held on Sunday in the College Mess Hall for the Corp of Cadets and their guests. 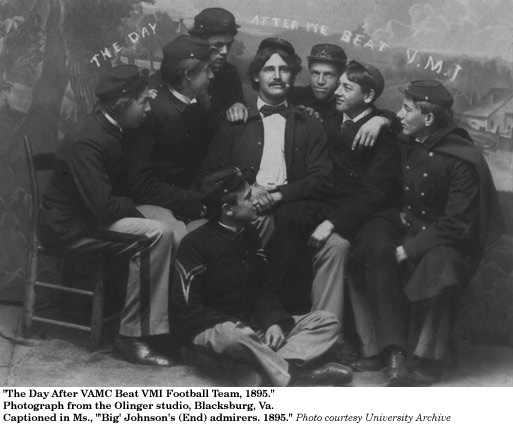 The ties between Virginia Tech and Thanksgiving were further strengthened as the college sports teams started being referred to as the Fighting Gobblers in the early 1900s. It wasnt long before the association between a Gobbler and a turkey resulted in Virginia Tech adopting this Thanksgiving bird as its mascot. In 1913, local resident and VPI employee Floyd Meade trained a large turkey to perform various stunts before the crowd at football games, and the tradition of having a live turkey on the sidelines of games continued into the 1950s, before being replaced by a costumed mascot.

Another Virginia Tech tradition that started at the annual Thanksgiving game was the Skipper cannon, and this Thanksgiving 2013, marks its 50th anniversary. For many years, VMI had opened the game by firing their game cannon Little John on the field. The VMI cadets would taunt their rivals by chanting VPI, wheres your cannon! In 1963, two cadet seniors, Alton B. Harper Jr. and Homer Hadley Hickam, not wanting to be out-cannoned by VMI any longer, gathered funds and materials to create the largest game cannon in the world. The entire operation was done in secrecy, with the intention of giving it a surprise debut at the 1963 Thanksgiving game. The cannon was completed just in time, and as Hickam and Harper were secretly driving it back to Blacksburg from the foundry in Roanoke on November 22, 1963, they got word that President Kennedy had been shot. As tribute to the fallen president, the cannon was named Skipper after John F. Kennedys naval background, and its first firing was 50 round salute on the upper quad, a military tradition given for fallen leaders. One week later, the Skipper was fired at the 1963 Thanksgiving Day football game, to the astonishment of the VMI cadets, and the tradition of the Skipper cannon being fired at Virginia Tech football games was born.

As one tradition was beginning, another was ending. After World War II, Virginia Tech had grown from a small military college to a much larger, civilian-dominated university, and the football program grew to a league standing far beyond that of VMIs football team. Thus, the old football rivalry came to end, taking with it the Thanksgiving Day game tradition. The last Thanksgiving Day game in Roanoke between Virginia Tech and VMI was played in 1969.

While Thanksgiving might not be what it once was at Virginia Tech, some of the college traditions it started still live on, without which Virginia Techs identity would certainly not be the same. So as I dig into my turkey this Thanksgiving, Ill be thinking about how it helped to create our mascot, and the next time I hear the Skipper cannon fire at a home football game, I will thank the Thanksgiving game tradition for inspiring 50 years of that iconic feature of Virginia Tech football.

View all posts by adriennearchivist

One thought on “Thanksgiving traditions at Virginia Tech”