Whither the used magazine store?

I had originally planned to write a bit about some of the magazines edited in the early 1940s by recently departed Fred Pohl. At 19, he managed to talk his way into the editorship of two publications: Super Science Stories and Astonishing Stories. Pohl instituted the first SF book review columns of any substance in these magazines, and published early work from the Futurians, that notable circle of young New York SF fans and writers including notables such as Pohl himself, Asimov, James Blish, Hannes Bok, Damon Knight, and Judith Merril. This work bridged the gap between the SF pulps and the more sophisticated magazines of the 1950s and beyond (in which Pohl also figured heavily as a writer and editor).

When I pulled a few numbers, I ran across yet another cover stamped by a used magazine store. I used to see plenty of post-1950 SF magazines, and never noticed any of these stamps, but they do seem show up on our pulps somewhat frequently: 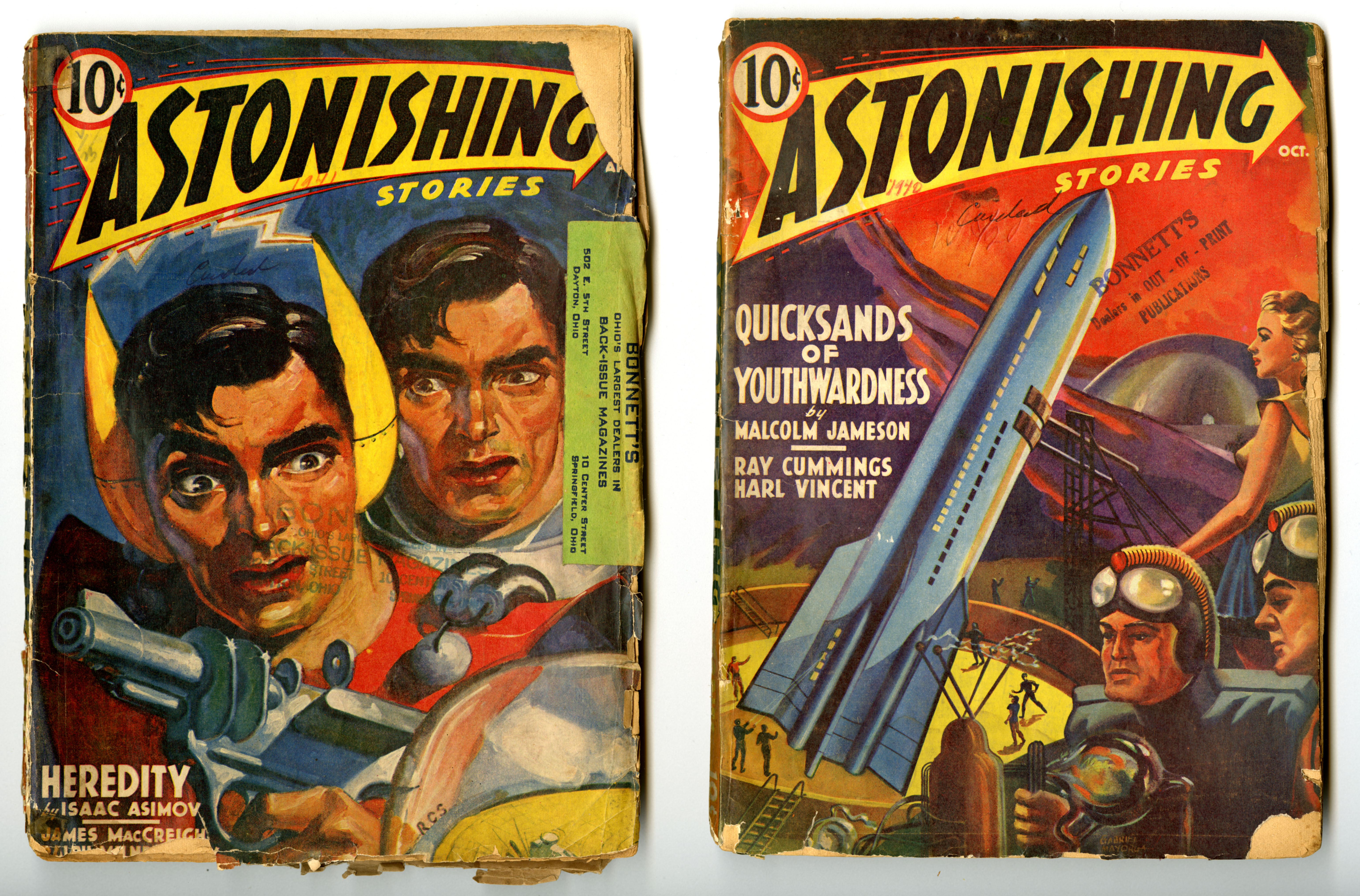 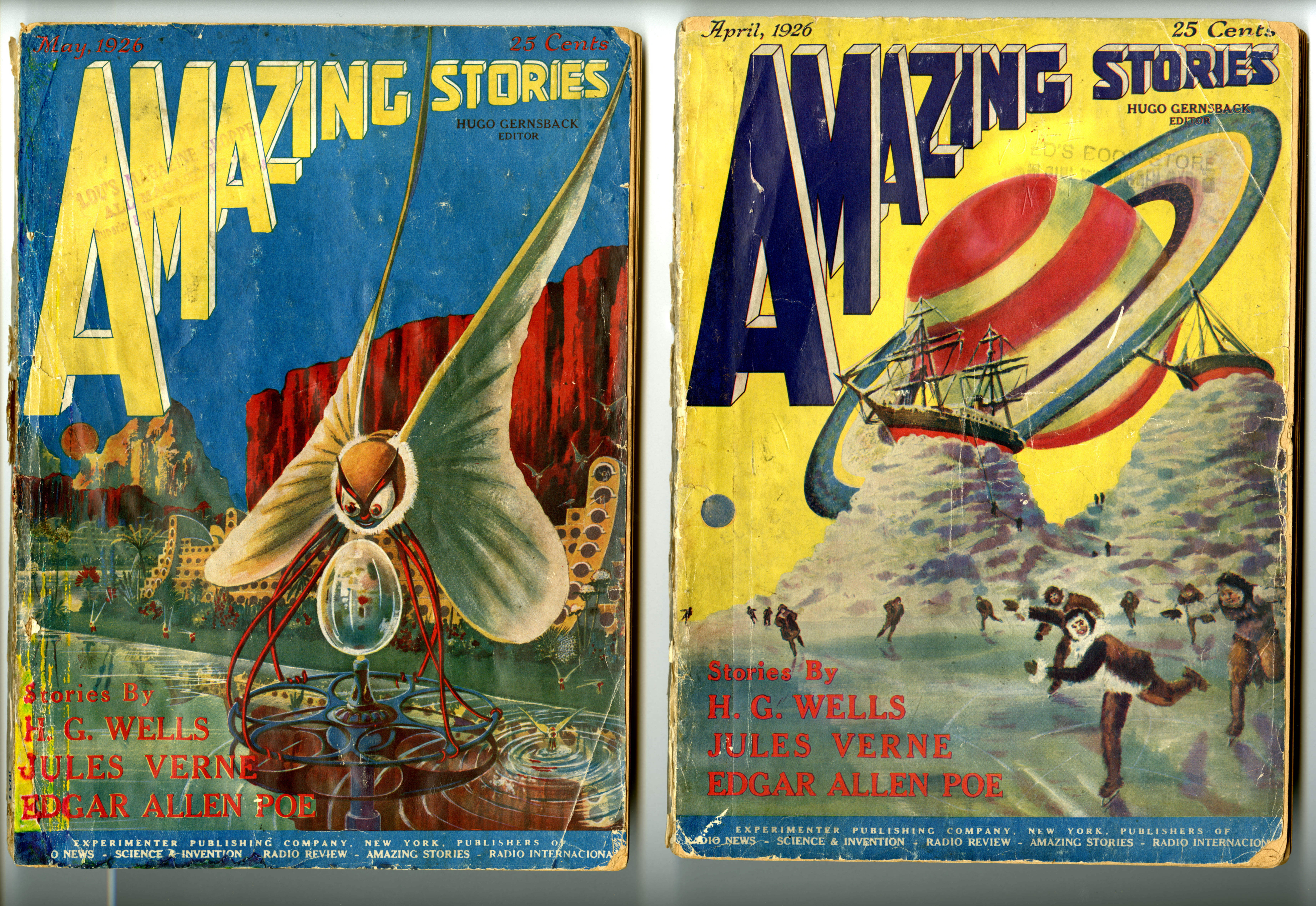 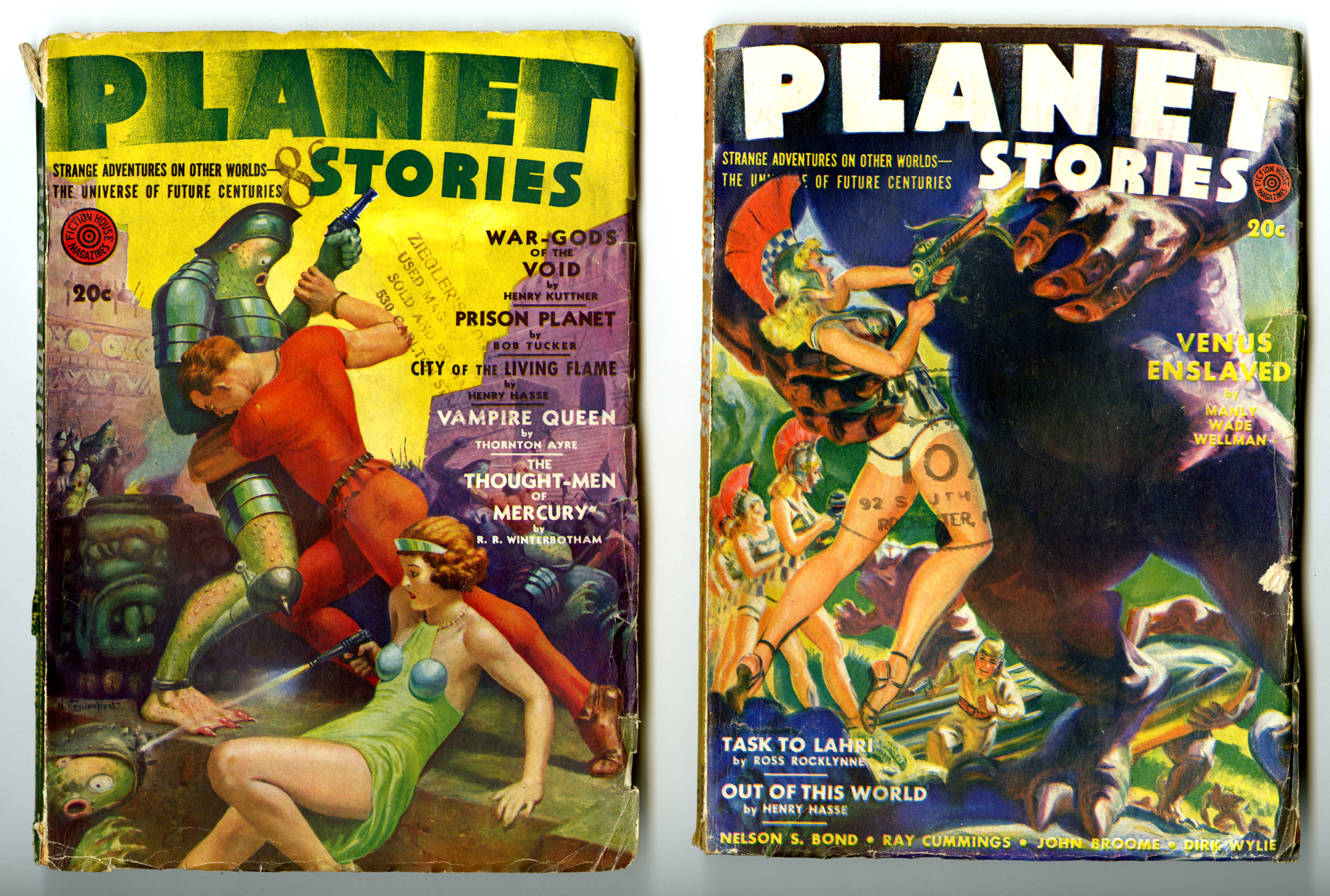 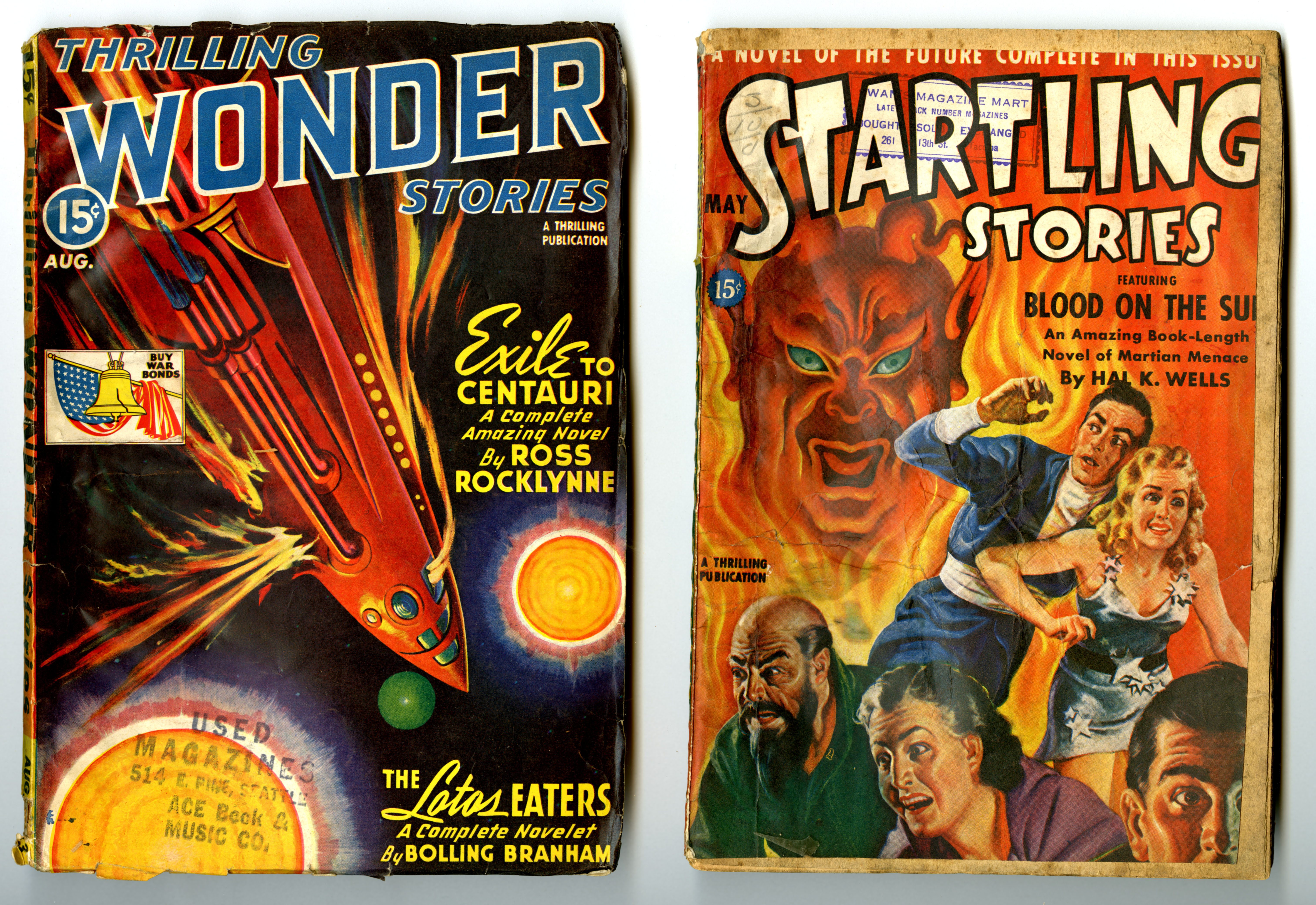 As far as the used magazine stores go, there seem to be very few left standing. I have never laid eyes on one; by the time I was looking for old SF it was in used book stores, the sort that carried mostly trade paperbacks in western, romance, crime, and horror (i.e. the usual pulpy suspects).

My guess is that the used magazine stores probably started to fade out sometime in the 1950s, after the paperback (and the television) had begun to more fully displace periodicals as a vehicle for popular fiction. The fragility of the stock must have also been a limiting factor; the magazines were just not built to last. We can elevate these stamps into evidence of past patterns of popular readership. But the disappearance of a cheap outlet for a particular cultural product also makes me think about the need for nimble and active collecting, bringing to mind the great old quotation from Jeremy Belknap, founder of the Massachusetts Historical Society:

“There is nothing like having a good repository and keeping a good look out, not waiting at home for things to fall into the lap, but prowling about like a wolf for the prey.”

That is still the case for institutional collectors, whether you are hunting through an attic or a strip mall: